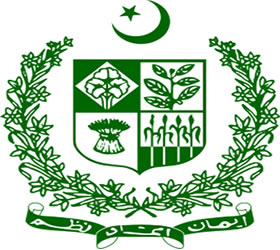 Some of the promises made in the 18th Amendment are finally beginning to come to fruition. One of them is making the provinces more autonomous and powerful. In this regard, the Federal Cabinet has approved the transfer of five federal ministries to the provinces: Special Initiatives, Zakat and Ushr, Population Welfare, Youth Affairs and Local Government and Rural Development. Casting a glance at these ministries, one notices how they are perfect to start off the transfer process; one that is slated to transfer a total of 18 federal ministries to the provinces by June 2011. These initial five ministries are apt right now because they are those that deal with grassroots issues, the kind that can be best dealt with at the provincial level.The fact that the implementation commission for constitutional reforms has decided on the ministries that will kickstart the devolution plan is commendable; the fact that a final deadline has been given is even more so. The government is finally taking some initiative and setting some much anticipated targets. This devolution is a welcome step; it enriches the provinces with increased finances. The Special Initiatives ministry for example is a key area for investment in development programmes and projects. It also enables the provinces to cut through any unnecessary central bureaucratic red tape. All in all, this is a very efficacious step forward by the centre in giving the provinces more control over their own matters.

Initial anxieties have been quashed to a certain extent. The fate of some 3,769 employees was hanging in the balance, with fears that they would either be transferred from the centre or laid off. However, the chairman of the implementation commission, Senator Raza Rabbani has assured during a news conference that these employees will not be “physically dislocated”, but would be absorbed in other government functions and organisations. This was the primary concern of all those linked to the transfer plan. Another was the fact that the provinces are too cash-strapped to take on the liabilities associated with the setting up of new ministries. For that it has been decided that, for now, the centre will bear these liabilities till the situation in the provinces improves. It must be remembered that the question of capacity in both organisation and finances was like a Damocles sword hanging over the provinces; they themselves have enough to cope with, given straitened financial resources. The fact that the centre is stepping up to nurture this transition is commendable.With the initial phase underway and direction provided to guide the transfer, the real test will come once these ministries start functioning in the provinces, where they must rise to the best of their available capacities.What must be kept in mind is that this is an inherently difficult and complex process. Now that the government has set its deadline, its many detractors will lie in wait to detect any slackening. It is vital that this empowerment of the provinces continue; all anticipated problems and inherent difficulties notwithstanding – Dailytimes