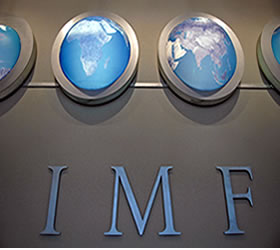 Negotiations with the International Monetary Fund (IMF) on the release of the final tranche of $3.5 billion of the $11.3 billion standby arrangement have been extended due to failure of the government to provide a credible plan to contain the fiscal deficit, introduce reforms in the energy sector, impose the reformed general sales tax (GST), and grant autonomy to the State Bank of Pakistan (SBP), which were some of the few conditionalities of the IMF. The government has been unable to contain the fiscal deficit and limit its borrowing from the SBP, largely owing to its lavish expenditures on maintaining an army of ministers and their staff, and overspending on security. With its current mandate, the SBP is unable to refuse the government’s requests. Autonomy of the SBP is in Pakistan’s own interest and necessary measures must be taken to achieve this objective. According to news reports, the government has forwarded an amendment bill to parliament to this effect. Even if such legislation is passed, adherence to it will remain an issue.Imposition of the reformed GST, which had been delayed due to Sindh’s reservations on the collection of taxes on five services, is another issue stalling negotiations. Reportedly, President Zardari has been requested to use his influence to make Sindh fall in line.Yet another contentious issue is the incremental hike in power tariff to balance costs and revenue. The government was poised to announce an increase of two percent at the beginning of the month, but desisted to avoid a reaction from industrialists, traders and the general public, who are already reeling from a hefty increase in oil prices. The IMF is also putting pressure on the government to remove all subsidies on electricity, which will induce up to a 35 percent rise in its price. While the proposed increase in the power tariff will save some funds for the government, it may prove to be the last straw on the already burdened back of the public. Karachi’s industrial and trader class that is protesting long hours of load shedding as well as the rest of the public is not likely to accept the power hike easily.In this situation, one option before the government is to swallow the bitter pill of compliance with the IMF conditions to ensure an early release of the much-needed $ 3.5 billion. The other option is to call upon bilateral and multilateral donors to write off or reschedule Pakistan’s debts, in line with the unanimously passed Senate resolution. The latter course of action also has wide support among the public. What, however, is urgently needed in both cases, is short, medium and long-term planning to arrest further decline of the economy – Dailytimes