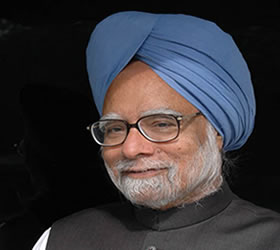 SITUATION in Indian held Kashmir (IHK) is too volatile as indigenous uprising in the valley has started with a new vigour and determination shown by the Kashmiri youth. Consequently, Indian Security Forces have clamped tough conditions of curfew enforcing the suppressive laws to arrest, torture and disgrace the innocent civilians. The all parties (APC) meeting to discuss the proposed revocation of Armed Forces Special Powers Act (AFSPA))- a law that gives unaccountable powers to armed forces in IHK ended without any consensus on the issue. The APC meeting instead decided to send one more delegation comprising members from different political parties to IHK to assess the situation and provide feedback. Obviously the deadlock on AFSPA points towards the real intention of Indian leadership to suppress the uprising in IHK. Duly protected under AFSPA Indian Security Forces commit crimes by coercing the innocent Kashmiris, dishonouring women, torturing and killing children to maintain order in the Valley. International media has not been allowed by Indian censorship to cover these grave human rights violations and they instead cover the so called “talks” between India and Pakistan on Kashmir issue. Economic and political compulsions are understandable; however, USA, UK and EU must realize that Kashmir dispute has wider geopolitical implications having direct impact on their economic and political objectives. If Pakistan has to play a positive role to fight against terrorism then India must be pressurized to resolve Kashmir issue. Kashmiri youth has given new shape to their movement to fight against the Indian occupied forcers.

They pelt stones and get together through a collective passion to tell Indians to leave Kashmir and allow them free space where they can breathe freely. Their efforts are very impressive as they stand together for a collective cause. So far they are without outside help but soon they are likely to get more support as their passion and cause is true. Current situation in Kashmir is one of RAW’s well-thought-out Plan riddled with dubious moves. The Cabinet Committee on Security (CCS)’s marathon session to discuss Jammu and Kashmir issue has reflects New Delhi’s frustration. At the same time, the Kashmiris were dismayed when Indian PM announced that he is not going to pull out a rabbit out of the hat that means genocide will go on unabated, despite 3-months’ long rioting and imposition of curfew that he crippled the life beyond anybody’s guess. Indian occupation forces in Kashmir have failed to suppress the movement for freedom. Indian security forces have used all possible methods and coercive techniques to repress and intimidate Kashmiris but the present uprising shows that the Kashmiri youth is determined with an unwavering resolve to fight for their just cause in order to get their rights of self-determination. The Indian leadership has imposed a ban on the media in Kashmir with an aim to hide their cruel acts of persecution, mass murder and genocide in Kashmir. It is time to express solidarity with the media in IHK and make efforts to force the Indians to lift the ban on media so that the world can see what is actually happening in IHK. The Indian security forces don’t even hesitate to misuse and exploit United Nations symbols and helmets to cheat the people and protestors – Dailymailtimes