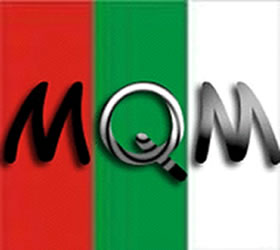 In the current political circumstances, it is highly unlikely that the dream of Muttahida Qaumi Movement (MQM) to bring land reforms in the country will become a reality. MQM has submitted to the National Assembly secretariat a Land Reforms Bill, which seeks to distribute large land holdings amongst tenants and landless farmers. The bill seeks the establishment of a detailed mechanism for distribution of lands by setting up land reform commissions at the federal and provincial levels. While all this is highly desirable, a look at the past attempts at land reforms would reveal that it is not an easy task to gather the necessary support in parliament and get the bill passed. Past attempts at land reform failed mostly at the implementation stage.The first land reforms were introduced in the country in 1959 during the Ayub regime. Despite being a military dictator, General Ayub could not resist the logic that in order to industrialise, develop and modernise Pakistan, the state would have to jettison the system of land ownership introduced by the British to maintain a repressive hold over society and ensure a constant stream of revenue from the colony. In Ayub’s reform, the upper ceiling of land was set at 1,000 acres arid and 500 acres irrigated land. However, only a small portion of the arable land could be resumed as feudal lords, with the connivance of land revenue department officials, tehsildars and patwaris, managed to keep fertile lands within their families, by making false entries in the official land records. Thus these reforms had a marginal impact on the pattern of land holding or on the lives of the peasantry. Likewise, the 1972 land reforms, where the upper ceiling of landholdings was lowered further, failed in making any significant change in land ownership.

The MQM has criticised the manipulation of the tehsildars and patwaris in its presentation of the bill. In addition, the Federal Shariat Court’s 1989 decision declaring forcible acquisition of land by the state as un-Islamic may also be invoked to prevent this move and declare it contrary to the teachings of the Quran and Sunnah. A counter-argument is that absentee landlordism, too, is against Islamic injunctions. Only that reward is halal (legitimate) that is earned by the sweat of one’s brow. The view of the honourable court notwithstanding, Pakistan can ignore the need for land reforms only at the cost of modernisation and industrialisation of the country.

All over the world, wherever land reforms have been carried out, a section of the peasantry was freed from being tied to the land and came to constitute the working class for industry in the urban areas. It also led to the creation of a domestic market, whose purchasing power provided a stimulus to industry. Lack of purchasing power in the working and middle classes leads under capitalism to overproduction and recession.

In the presence of a large number of feudals in parliament, it is highly unlikely that the MQM will be able to gather the necessary support. If, by a miracle, parliament passes this bill, its implementation will remain an issue in the presence of the same system of tehsildars and patwaris. In countries like Pakistan, where the ruling classes, particularly large land owners, control politics and power and are hooked to the country’s resources like leeches, land reform from the top, as attempted by Ayub Khan and Bhutto, is unlikely to succeed. In today’s political circumstances, the chances of success are even leaner. The prospects for success of any such reforms lies in a grassroots movement, which first removes the exploitative class at the top – Dailytimes