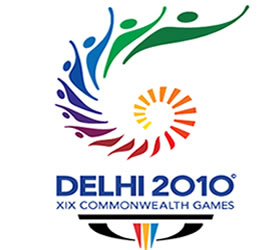 INDIA’S poor management of the Commonwealth Games (CWG) is continuing to bring it a bad name. Corruption scandals marred the CWG even before they commenced. Thousands of pounds were heisted by fraudsters organizing the game. The trail of scams and sleaze commenced with the CWG Baton’s Rally and continued right till the construction phase. Leaky roofs, collapsing walkways, clogged latrines, snakes and spiders in the athlete quarters, lack of food for the broadcast journalists and ultimately, provision of prostitutes brought the organizers a bad name. Members of the Indian flesh trade were brought in as a desperate measure. To distract the athletes from their poor living quarters, prostitutes were provided. The best prostitutes from all over India were selected and brought to the capital New Delhi at the venue of the CWG so that detractors and critics could be silent. CWG organizers’ moral depravation knew no bounds as they stooped to the lowest levels to meet their heinous ends. However, international media took notice of the poor moral standards and became the harshest critics of the CWG organizers.

The Daily Mail sleuths have discovered a fresh moral depravation of the CWG organizing committee. Another controversy dogging the CWG since the start is the issue of ticket sales. While the general public is unable to buy tickets, with all outlets reporting that all the venues have been sold out, one witnesses nearly half the venues empty for every event. As always, CWG Organizing Committee Secretary General Lalit Bhanot tried to brush off things, saying that there is no scandal involving sale of tickets. “We have no information as far as black ticketing is concerned.
It is not that the stadiums are empty, it just that the attendance is less. There are a good number of spectators who are present in the stadium. “There were some tickets given to the sponsors and most of the sponsors’ guests are not attending the Games. We are getting reports that tickets are sold out and that report is given to us by IRCTC, who is our vendor,” he added.
However, Commonwealth Games Federation president Michael Fennell admitted the alleged ticket scam needs to be thoroughly investigated. “We have been promised that there will be a full investigation, because something is not right about the ticket sales and the reports that we are receiving,” Fennell said. Despite all the glitches, Fennell declared: “The Games are going on successfully and we must acknowledge it.” And with regards to the numerous problems that still continue to persist, he gave an assurance: “You can’t correct what happened yesterday, but you need to ensure that you correct it for the days to come.”
The fact is that Indian greed, which knows no bounds, has got the better of the CWG organizers, who are trying their level best to get rich quick in every way they can because they think organizing the CWG was a one time opportunity which may not present itself again. Throwing caution to the winds, they have been raking in the moolah from their ill gotten methods, giving the game and their country a bad name. Indian aspirations to outmatch arch rival China in organizing an spectacular event, like the Beijing Olympics has been sacrificed at the altar of greed and sleaze – Dailymailnews

Rapid yuan appreciation and the IMF