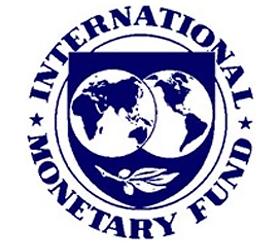 EDITORIAL (September 20 2010): Multilateral financial institutions appear to be very sensitive to the current plight of Pakistan and prepared to extend financial assistance on a fast-track basis to ease the impact of the huge tragedy caused by the unprecedented floods in the country. The IMF, in particular, has been very co-operative to help the country tide over a very difficult situation.

On 15th September, its Executive Board approved the disbursement of SDR 297 million or about US $451 million under the Emergency Natural Disaster Assistance (ENDA) to assist the country in managing the immediate aftermath of the devastating floods. According to the Fund, the ENDA will be directed to the country’s budget and help finance additional spending for the population affected by the tragedy. Besides, it would partly meet associated foreign exchange needs, thereby mitigating a decline in external reserves and supporting confidence in Pakistan’s external position. The Executive Board also hoped that the disbursement of ENDA would catalyse and speed an adequate level of disbursement by other members of the international community. Its humane face was unveiled by a statement which reiterated that “the IMF extends its deep sympathy to the people of Pakistan for the loss of life, human sufferings, and extensive damage to property and infrastructure caused by the catastrophic floods since late July.”

The IMF also seems to be quite concerned about the deterioration in the country’s economic outlook due to the floods. The agriculture sector, which accounts for 21 percent of the GDP and 45 percent of employment, has been hit particularly hard and preliminary assessments suggest that the real GDP was unlikely to exceed 2.75 percent in 2010-11. Disruption in economic activity would also put pressure on the country’s budget and balance of payments position.

In our view, a quick response by the IMF to the devastation and huge sufferings caused by the floods is a welcome development for the country. The amount to be disbursed under ENDA carries only the IMF’s basic rate of charge and, therefore, is quite concessional. Also, other multilateral financial institutions and donors usually follow the lead of the IMF in extending assistance to various countries. Higher inflows from foreign sources would enable the country to keep its foreign exchange reserves at a reasonable level and reduce pressure on the budget and foreign sector of the country. In such a scenario, it would be easier to maintain the flow of imports needed to meet the shortages of essential items and revive the economy. Also, we should not forget the likely impact of the observations of the Fund on the current SBA. As suggested by the press release, its Executive Board was already aware of the highly negative consequences of the floods on the economy of Pakistan and is likely to refix various targets keeping in view the evolving conditions in the country and relax the performance criteria to a reasonable extent.

However, we also need to be aware of the implications of such a generous attitude of the foreigners. The present sympathy of the international community is largely due to our stand on terrorism and could quickly disappear if we decide to change our strategy. Moreover, foreign assistance from multilateral financial institutions is not an outright grant but would increase our indebtedness. Even the ENDA, touted as a great relief, has to be repaid in eight equal instalments after a period of about 3 years. The ultimate solution, therefore, lies in keeping our house in order and preferably strengthening it to an extent that we have not to beg for assistance when some kind of calamity visits the country next time – Brecorder

A pipedream or gaffe

A pipedream or gaffe