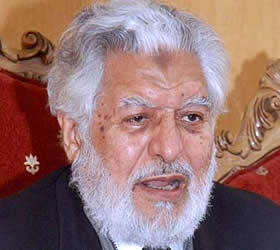 President of Supreme Court Bar Association Qazi Mohammad Anwar (advocate) has said that, in one form or the other, corruption exists in lower judiciary and the judges of higher judiciary as well as lawyers are aware of it. Speaking in Peshawar the other day he said that situation in Khyber-Pakhtunkhwa was slightly better than it was in other three provinces but all the same the curse needed to be rooted out. He said that Chief Justice Iftikhar Mohammad Chaudhry had also identified the problem in a get-together recently. It was now the duty of the civil society and the lawyers to hold meetings and brainstorm on how to eradicate corruption. Due to massive illiteracy in the country, litigation has become some sort of a national pastime. From encroachment in front of a grocer’s shop to the stealing of a goat in some remote village, the hot-headed men love to bring even the most trivial of the cases to a court of law.

Regardless of whether the complainant is from a rural or an urban background, filing a case in any court is by no means an easy task. From the assistant of a lawyer to the reader of a magistrate, each and every court official seems to wield tremendous powers soaked in sadism of the extreme degree. By the time the lawyer’s munshi completes a potential litigant’s file, the latter almost runs out of money and breath. Once the hearing of the case gets started, the appearance of the concerned counsels in the court is as important as the backroom meetings that can ultimately prove decisive for the likely verdict. From a hard-working lawyer to being the president of the SCBA, Qazi Anwar has journeyed through the labyrinth of Pakistani laws with the shrewdness of a politicised jurist. If he has taken up cudgels against corruption in lower judiciary, one can only wish him success. -statesman