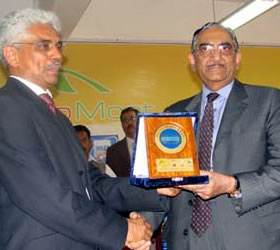 At a time when the country is facing an energy shortfall of thousands of megawatts and power outages have crippled every sphere of life, one would have thought that the federal government would waste no time in exploiting the Thar coal reserves.

According to nuclear scientist Dr Samar Mubarakmund the coal deposits can enable the country to generate 50,000MW for 800 years. It is a matter of great concern that on the contrary, vested interests are trying to stymie the project. On the one hand, the opposition is coming from the US, which has discouraged the World Bank from making investment and on the other, it is a pity that our own government is simply failing to realise the importance of the project. Prime Minister Gilani had promised to tap the vast coal reserves, but so far his government has given to Sindh only a fraction of the total amount needed to start the project. Given the promise coal-based power holds for the country’s energy starved sector, the government ought to have gone ahead despite the fact that the World Bank backed out.
Dr Mubarakmand’s statement that exploitation of these reserves would usher in an energy revolution in the country is a true picture of what would happen once the coal is put to use; these mineral resources would turn out to be the lifeline not only for the country’s energy sector but would also be a blessing for the economy through export of surplus electricity. What is more, it would cause minimal pollution owing to the injection technology that would convert the coal inside the crust to methane.
The government’s laidback attitude would once again be multiplying the misery of the masses. Keeping in view the roadblocks that have come up against the project, one cannot help but think if it is going to suffer the fate of Kalabagh Dam. Is it not time that the forces, which have prevented the country from progressing merely for the sake of political point scoring, are taken to task?