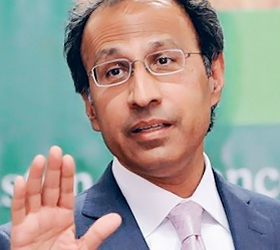 FINANCE Minister Hafeez Sheikh’s callous refusal to provide funds for the public sector universities reflects poorly on the priorities the government attaches to education. Reportedly, the VCs present in the meeting got so upset by this brazen refusal that a verbal fisticuff ensued between them and the Finance Minister. The conclusion of the meeting, where the VCs gave a warning that if the funds were not sanctioned, they would lock up the universities, followed by Finance Ministers insensitive reply that the universities must rather generate finances on their own, bodes ill for the higher education sector. The VCs are not demanding special perks or some special grants; they are only asking for mandatory funds under the HEC schedule. And the comments by one of the VCs that things were better in the Musharraf era in that the universities were regularly given their funds also points to the contrast between the two regimes concern for the higher education sector.
Granted, the government is faced with an unprecedented flood crisis, but the money it has spent so far is nothing but a drop in the ocean and hence is no excuse for cutting funds for universities. It is largely the caring citizens and NGOs who have altruistically taken almost the entire flood relief burden on their shoulders, generously donating huge sums. The Finance Minister’s statement that the universities must generate funds on their own thus translates into the fact that the universities should take on the path of privatisation. Meanwhile, students and teachers all over Punjab flocked to the streets on Thursday observing a Black Day to protest the provincial government’s plan to privatise a number of colleges and universities. Privatisation of education, for all intents and purposes, is a recipe for disaster and would definitely be the final nail in the coffin of our ailing education sector. We have already seen how private colleges have been making education virtually unaffordable for the middle classes merely for the sake of profit making. Provision of cheap and quality education to the masses is mandatory upon the state and the government will be doing a great injustice if it lets the greed-oriented private sector take control of public colleges and universities.

The government would be well advised to immediately reverse the decision and focus on providing inexpensive education. Leaving the sector in the lurch at a time when the country needs a virtual renaissance to tackle the threat posed by the militant mindset sends a chill down one’s spine – Nation

India’s honour is at stake in CWG, says MS Gill

India's honour is at stake in CWG, says MS Gill