Red alert! The Russians are coming! 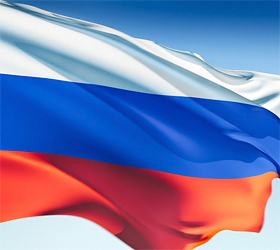 Hollywood executives and Washington policymakers are suckers for Russophobia. Considering the appalling level of political discourse in both these capitals of mass entertainment, certainly one cannot expect their “opinion leaders” to have read Professor Paul Kennedy’s recent expose of European history packaged as a crash course to Americans about the inevitable downsizing of the US in the emerging, multipolar new world order.

Hollywood Russophobia always emerges as caricature, as in the current, irrepressible humourless Angelina Jolie vehicle Salt – complete with the former KGB kidnapping babies to be turned into super-agents infiltrated into the US as sleeper cells, following a career path and patiently waiting to raise hell and sabotage Western democracy in the form of killing the president of the United States. Jolie is as believable as one of those Slavic super-moles as Central Intelligence Agency-scripted videos of Osama bin Laden.

For its part, Washington Russophobia usually emerges as a US-built Iron Curtain in reverse, which according to the Pentagon’s full spectrum dominance doctrine rules that US and North Atlantic Treaty Organisation (NATO) military bases will encircle Russia from the Baltic to the Caucasus and Central Asia.

So what’s the Russian response? In both Afghanistan and Iran, it carries the mark of the good chess player; discreet, silent, getting down to business, and aiming to hit the jackpot.

All jihads lead to Sheberghan

In Afghanistan, the leadership in Moscow always knew this was all about the US and NATO trying to establish a new hegemony in Central Asia – full spectrum dominance all over again. But then Moscow found out – following the Chinese example of investing US$3 billion in mines south of Kabul – that the best of possible worlds would be to make money while the West got bogged down in a winless quagmire. Call it the Shanghai Cooperation Organisation way of running rings around NATO.

Afghan President Hamid Karzai has just been to Moscow to be greeted by President Dmitry Medvedev with a slew of projects to the tune of US$1 billion – from a hydroelectric dam to exploitation of minerals, those same minerals that led the Pentagon to recently re-excavate its hyperbolic predictions of Afghanistan as the Saudi Arabia of lithium.

History has a way to sometimes render reality curioser and curioser. The Afghan mining industry, based in Sheberghan, in remote Jowzjan province, today controlled by General Abdul Rashid Dostum’s militias, was no less than a Soviet creation. The Uzbek warrior Dostum, currently a minister in Karzai’s government, made his career in the late 1970s pro-Soviet Afghan army before he opportunistically migrated to the mujahideen during the jihad in the 1980s, when he became one of former US president Ronald Reagan’s “freedom fighters”.

Legend has it that when Dostum visited Texas in the late 1990s he was carrying the treasure map – all the prospection done by the Soviets of Afghanistan’s mineral wealth. Talk about perennial positioning; now Dostum is in the exact right place to profit from Russia’s largesse. Dr Zbigniew “The Grand Chessboard” Brzezinski may have dealt the Soviet Union a crucial blow – or Vietnam – in the form of the 1980s jihad.

But it’s the Russians who may have the last laugh. Afghanistan will always be considered by Moscow as under its sphere of influence. Russia is not only well connected to the Uzbek faction as with the Panjshir faction of the Karzai administration – via General Mohammed Fahim, Afghanistan’s vice president and uber-lord of local espionage.

New US Afghan War supremo General David “I’m always positioning myself to 2012” Petraeus’ current overdrive to rewrite the AfPak war as the US turning the tide over the Taliban may elicit subdued roars of laughter in Moscow (not to mention in Quetta, where al-Qaeda’s leaders sit). But now Moscow can even afford to be magnanimous and let NATO supplies transit in Russian territory. The Russians know that where it matters – where the good business is, in northern Afghanistan – their future couldn’t be brighter.

All that is nuclear turns into gold

The Bushehr nuclear power plant – the first in the Middle East – launched jointly last Saturday by Russia and Iran, unmistakably establishes Iran as one of the world’s 29 nuclear power generating nations. But it’s also a major coup for the Russian nuclear industry, in this case represented by state-run Rosatom.

Six months ago, Prime Minister Vladimir Putin said that Rosatom would be able to build 25% of the world’s nuclear plants (it currently stands at 16%). Atomstroiexport, Rosatom’s civilian construction arm, will build a major plant in Turkey, and has also set sights on Bangladesh and Vietnam. Bushehr, which has cost more than $1 billion, will generate 2% of Iran’s electricity. Of the four reactors to be built in Turkey, to the cost of $20 billion, each will produce 20% more energy than Bushehr.

Rosatom’s chief executive Sergei Kiriyenko has been spinning that Bushehr is a “big international project” which involved more than 10 European Union (EU) and Asia-Pacific countries. What no one really knows is why this has taken so long, since Russia agreed to take over in 1992 (Bushehr actually started way back in 1974 by German Kraftwerk Union, a merger of Siemens and AEG. Siemens pulled out of Iran in 1980).

Everything has been invoked to justify the non-stop delays – US and UN sanctions, Tehran’s suspicions of Moscow, Tehran actually not paying its bills on time. Now this is all water under the bridge. Kiriyenko also has made a point to stress that Bushehr “coincides with Russia’s position that any country in the world has the right to nuclear energy for peaceful use” – as long as it is monitored by the International Atomic Energy Agency (IAEA).

According to the Tehran-Moscow agreement, Russia supplies the nuclear fuel for Bushehr and disposes of the spent rods (so Iran cannot use them to extract plutonium), with everything monitored by the IAEA. Hundreds of Russian engineers will remain working at Bushehr until 2013 before Tehran takes over completely.

In early August, even the US State Department via chief spokesman Philip Crowley, was forced to admit, “Bushehr is designed to provide electricity to Iran. It is not viewed as a proliferation risk because Russia is providing the needed fuel and taking back the spent nuclear fuel, which is the principal source of potential proliferation”. What Washington has focused on like a laser is the Natanz uranium-enrichment plant; a second one, under construction, in Qom; and the heavy-water reactor in Arak, also under construction.

The notion that Tehran might build a “secret” bomb factory underneath Bushehr is ludicrous; it would be tracked by multiple spy satellites in a flash. So while strident, armchair warrior US neo-cons parade their ignorance equating an internationally monitored nuclear power plant with a nuclear bomb factory, the Russians merrily use it to cash in on further business opportunities.

Moscow knows that what’s really at stake in the whole Iran nuclear dossier is that the US – with its huge nuclear arsenal – and both Britain and France – with their small nuclear arsenals – simply don’t want to have yet another country from the developing world (like India and Pakistan) crash into their cozy nuclear weapon club. And neither is Russia interested in contending with an extra strategic challenge, a possibly nuclear-armed Iran (thus Moscow playing a constant game of geopolitical chess). What both the West and Moscow really want is to maintain the current status quo.

And that leads us to the heart of the matter; as long as the US, as well as Britain and France, don’t accept Iranian uranium enrichment, there’s simply no possibility whatsoever of extracting Iranian cooperation on a global, non-proliferation nuclear agenda. Meanwhile, the Russian nuclear industry will merrily keep cashing in – Statesman