Kashmir: A place of Blood 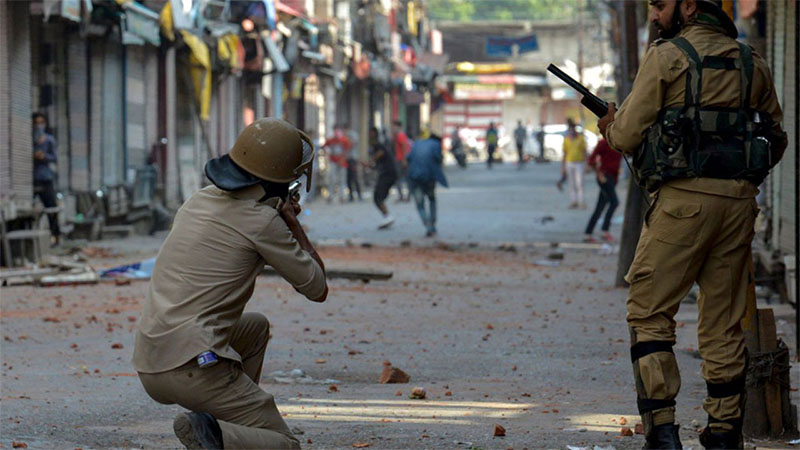 History of India will witness that In August, some miscreants tried to distance India from Nehru and Gandhi’s teachings. The India that promoted secularism, which separated religion and politics from its constitution, today secularism is taking its last breath because of religious extremism. Well, as soon as these extremists come to power in Kashmir, a new story of oppression has started on Kashmiris. In August, India sent hundreds of Indian soldiers to Kashmir, whose job was to Oppress Kashmiris.

The Indian assembly, meanwhile abolished Articles 370 and 35 (A) in which Kashmir had a special status. India violated not only the UN resolutions but also the Pak India Treaty, after which occupied Kashmir was divided into two parts – one to Ladakh and the other to Jammu and Kashmir. Against this decision, the Kashmiri people came to the streets and staged a strong protest. India imposing a curfew to suppress the Kashmiri people, which has been going on for about 14 days.

Immediately the Hurriyat leaders protested against the decision and protested strongly against India, but criticism of these Hurriyat leaders was told that India could be digested so India closed almost all the Hurriyat leaders. We all know Yasin Malik who is in solitary confinement in Delhi jail. Kashmiris are being denied basic rights. Mobile phone internet service has been discontinued. Kashmir will be the only place in the world where there is no postal service. The former Kashmir chief minister also voiced his opposition to the decision and declared affiliation with India as his biggest mistake. Beloved Mufti and Omar Abdullah who had enjoyed power also appeared to be against India today. Omar Abdullah should have been ashamed to say that as his family has ruled in Kashmir three times, Omar Abdullah’s father Farooq Abdullah and grandfather Sheikh Abdullah betrayed the Kashmiris and only for the sake of the ruling JK’s people. But today they are trying to became innocent in front of Kashmiris. The people of Kashmir will never forgive them.

Talking about Pakistan’s role on the Kashmir issue, Pakistan has highlighted the issue of Kashmir on every forum. our Prime Minister Imran Khan has appointed himself an Ambassador of Kashmir which is a great honor for Kashmiris. At the request of Pakistan, Kashmir was talked about in the Security Council and with other major countries, the situation in Kashmir was described. Calling a meeting on Jammu and Kashmir in the Security Council 50 years later was a great victory for Pakistan as the Kashmir issue has become an international issue.

I was also shocked at the world of the issue, the UN which always talked about basic rights but did not see the oppression of Kashmir. The UN should take full notice of it and tried to resolve the issue with dialogue, but the Security Council did not take such action due to its own interest.

The Kashmiris will remain in their own right, as much as India oppresses Kashmiris. Kashmir cannot be suppressed. India and Pakistan must work together to resolve the issue. The people of Kashmir should decide for themselves. India should stop oppressing Kashmiris and should withdraw his army from Kashmir. Kashmiris should be oppressed and given basic rights.