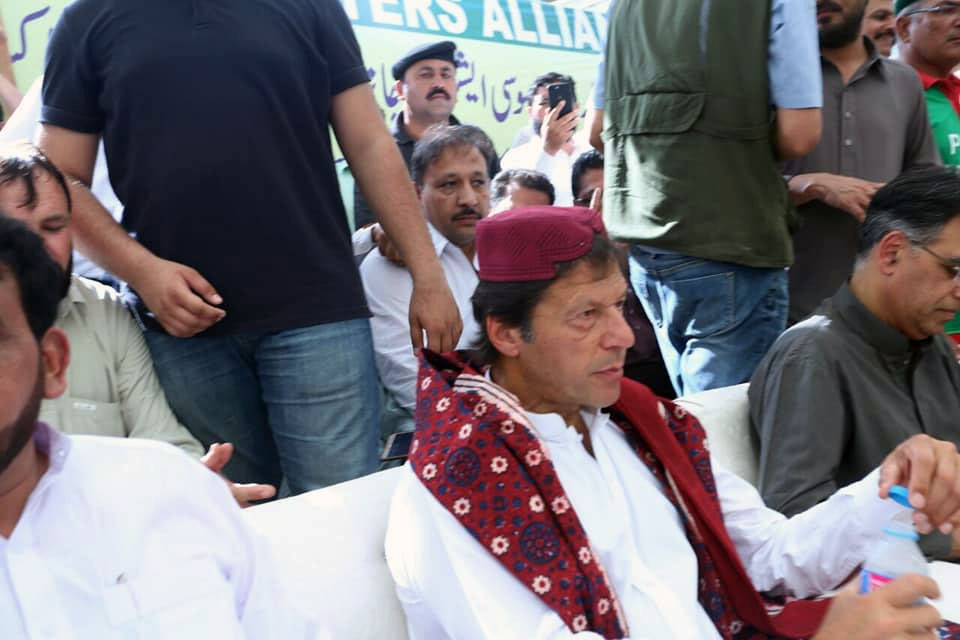 The cat was bound to come out of the bag sooner or later. And now, having done so, its message is clear. The change that PTI chief Imran Khan has long promised to bring to Pakistan is simply one of personal political fortune. Meaning that he will do anything in his power to secure the premiership come the summertime; and certain sections of the citizenry be damned.

Kaptaan appears to be riding high on the crest of the religious right wave. It is one that has seen declarations of faith become mandatory for all, particularly if applying for public service. The target of which are all of Pakistan’s minorities. And none more so than the Ahmadi community. But none of this bothers Mr Khan. For if it did, he would never have entertained admitting Aamir Liaquat Hussain into party ranks. It does not matter how much the PTI chief talks about everyone deserving a second chance and wiping the slate clean if the guarantee of positive change is there. Not when the gentleman in question has much blood on his hands.

There have, of course, been whisperings that none of this should come as a surprise. Meaning that Imran Khan is simply following the instructions delivered by those who continue to support him from behind-the-scenes. Indeed, such rumours have spanned the last eight years or so. Yet this alternative twist on ‘mainstreaming’ could prove to be his undoing on several fronts. First and foremost is that this association with Hussain signals the PTI leadership’s non-serious attitude towards notions of collective responsibility. It was the same story back when the party policy supported military dictatorship by supporting Gen Musharraf in the 2002 referendum on renewing his presidential tenure. Yet Khan was never able to explain to his vote bank the process of ideological reconciliation that absolved the good general of his original sin of subverting the Constitution. Presently, however, there are already reports of intra-party dissent over this latest unilateral move.

Secondly, Khan needs a reality check. In the run-up to the last elections, he was full of talk of having the country’s youth with him — by which he meant those attending elite private universities in urban centres and not, you know, child labourers. Yet lo and behold, the electorate had different ideas. They brought him to power in KP and nowhere else. In other words, Khan, like most politicians here in Pakistan, do the citizenry the greatest disservice when they rob the latter of agency when it comes to independent thought and decision-making. Yet given that the rise of the religious right is a very real and frightening agenda for many — the pushback by progressive forces is real. And while this may be limited in outreach, it will, nevertheless, be strengthened by those who see mainstream political parties as the enemies of the people of Pakistan.