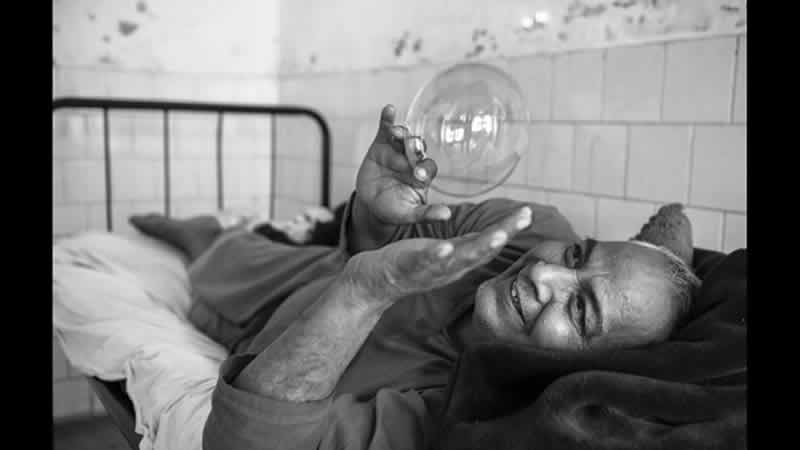 A patient plays with a soap bubble inside a mental hospital in Lahore, Pakistan. Psychological problems still carry an immense disgrace and infamy in our country, and most of us are victims of this mounting problem.

Approximately 50 million people suffer from common mental disorders in Pakistan and unfortunately there are only 400 trained psychologists in the country – meaning that there is roughly one psychologist available per half-million people. The illness afflicts 15 to 35 million adults, which is approximately 10 to 20 per cent of the population. Additionally, approximately 20 million children, or over 10 per cent of the population, need attention from mental health practitioners. By way of comparison, 18.2 pc of the U.S. adult population suffers from similar mental ailments, and in India the figure is 10 percent. Pakistan has one of the lowest mental illness patient-to-doctor ratios in the world.

Mental illness refers to a wide range of mental health conditions that affect mood, thinking and behavior. People go through periods when they feel emotions such as stress and grief, but symptoms of mental illnesses last longer than normal and are often not a reaction to daily events. When symptoms become severe enough to interfere with a person’s ability to perform day-to-day chores, they may be considered to have a significant mental illness. Sadly, prospects for care are exceedingly bleak as many patients never seek treatment, quit prematurely, or are shunned by family members. 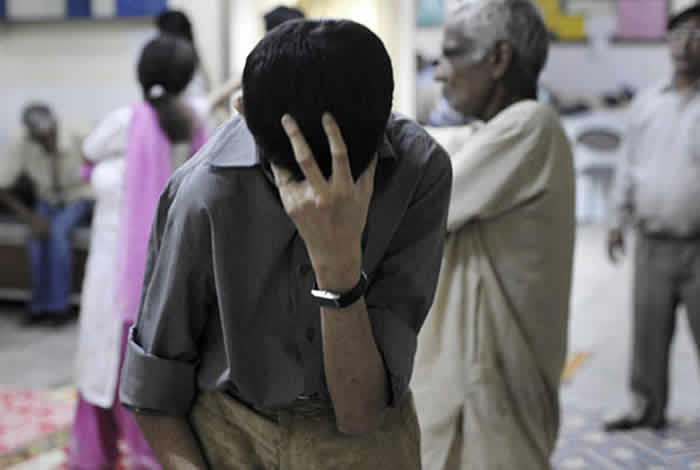 Psychologist in Pakistan believes that majority of the population is suffering from PTSD and that there is not much being done to help them. It is also believed that being a patriarchal society, it is rare that men in Pakistan admit their depression because it will indirectly mean that they failed to cope up with their responsibilities.

With constant stress, terrorist attacks, absence of social security, poverty, illness, poor health standards, injustices, illiteracy and economic tumors are constantly putting them in mental disorders. People have become very rigid, inflexible in their thinking, and confused about religion. Things are going badly wrong. People are unable to rationally analyze the situation and are becoming angrier. These are the classic symptoms of Post-Traumatic Stress. You find that Pakistanis have major issues around trust because they live in heightened security. After all, you never know who is living next door, your neighbors could be a suicide bomber.

The situation is especially worrying for mental-health advocates because suicide rates have surged in Pakistan in recent years—from a few hundred pre-1990s to almost 7000 last year. And this is probably an underestimated figure given the legal, socio-cultural, and religious sanctions against suicide in Pakistan. Psychologists believe these violent episodes create a huge mental-health problem for the population. Data from population-based studies indicate that a third of Pakistan’s population have anxiety and depression.

Factors that may lead to depression, anxiety and addictive behaviors, and eating disorders – stressful life situations, use of alcohol or recreational drugs, imbalance of a chemical substance in the brain, and genetic disorder or having a blood relative with a mental illness. Exposure to environmental stressors, inflammatory conditions, toxins, alcohol or drugs while in the womb can sometimes be linked to mental illness. There are other dilemmas that exacerbate the situation like; button-downed stigmas, shortage of mental health professionals, brain drain, inadequate psychological services in periphery and unavailability of structured training programs.

To address this problem, it is now the responsibility of provincial government to provide funds and the mental-health professionals, especially psychologists, to provide leadership. On an individual level, some changes in lifestyle can significantly help. Be an organized person in your routine life, take wise and timely decisions, and take good care of yourself with healthy eating, regular physical activity and sufficient sleep – usually seven to eight hours for adults. Avoid conflicts in personal as well as professional life, try to participate in social activities, and get together with family or friends regularly. Avoid alcohol and drug use. Moreover, stigma and shame must be uprooted from our communities. The therapy itself involves emotional suffering, vulnerability, anxiety and sadness. The least we can do is to allow for mentally ill patients to seek adequate support. In a country that is already casualty to many ills, the human toll of neglecting mental health can no longer be refused.