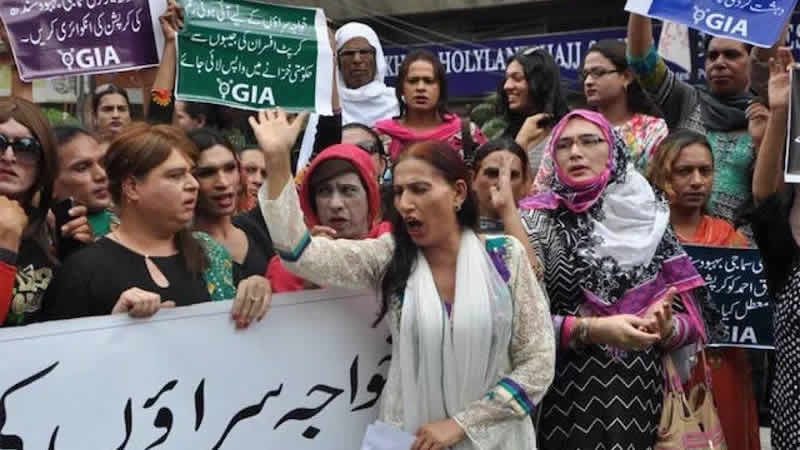 Transgender discrimination is one of the most sensitive and rising social issue of Pakistan. Transgender are the people who have a gender identity, or gender expression, that differs from their assigned sex. There are differences in their hormones and chromosomes.

They are also known as 3rd gender, and are considered an abomination by the society. Transgender are frowned and are considered as degenerates, being treated as if they are not human. Transgender in Pakistan represent a group of who enjoy the least amount of respect and rights. Many transgender people suffer from mental illness it’s not because of their gender identity alone it’s because in a patriarchal society, being gender variant causes a lot of distress. They live in scheduled communities with their own kind, often in extreme poverty. Most are uneducated as a notion of a transgender child being brought up in a normal household and studying in a mainstream school is not an acceptable reality. In our society, transgender are usually first identified by the families.

The community often mistakes them as pre-homosexuals and most families become aggressive towards them. As a society fostering a number of stereotypical taboos and inhumane norms, the Pakistani transgender society has always been the sufferer of oppression and skepticism. There is an inborn fear of the transgender amongst the “normal people” and this fear is inflicted since childhood. Pakistan parents are insecure and believe it’s inappropriate for their children to interact with a transgender hence developing this feeling of reluctance to them. Due to controversial nature and typical uptight mindset of people, the subject of transgender rights in Pakistan is not even discussed in sophisticated and literate part of the community.

People say that transgender can only sing and dance; I wonder who came up with this spiral of degradation. Transgender are subjected to violence in Pakistan. A few months back a transgender activist who fought for the rights of transgender was shot in Peshawar. Transgender are not only subjected to physical violence but sexual harassment and rape as well. Pakistan’s constitution contain laws in written form that safeguard the rights of transgender but unfortunately, when the time comes to enforce the laws, no as such implementation of these said laws can be seen from government’s end. In 2012 Nadra created a 3rd gender in their data base to accommodate all transgender. I believe it is the time the government took some actions to ensure the safety and wellbeing of all Pakistani transgender.

As Pakistanis we need to realize that this is not merely a war that these individuals have to fights, they are humans just like us and deserve as much of a right to good education, good job opportunities and fair and equal treatment as any other normal members of the community because this is not even allowed in our religion and as being a true Muslim we should follow the rules of Islam. There is no superiority of one person to another on the basis of anything. We need to be the voice that speaks on their behalf, fights for their rights and makes living less painful for them.