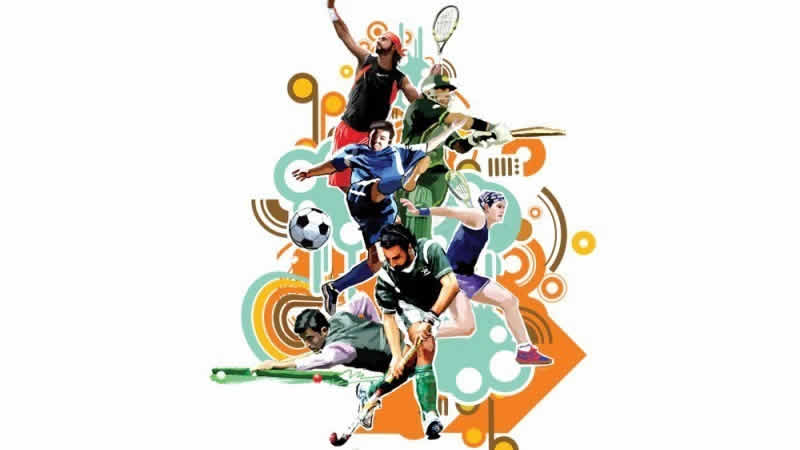 Sports in Pakistan Abundance of Talent But lack of Opportunities

Pakistan, the 36th largest country of the world in terms of area came into being on 14th August 1947. Pakistan has always been an important and attractive necessity for global-powers, target of international conspiracies and persistent battle field for regional and global-powers.

Also the people of Pakistan are so much talented. Pakistan has got a great talent in almost every field of life. Highlighting the sports in Pakistan, Pakistanis have great interest in Sports. The founder of Pakistan, Muhammad Ali Jinnah had a great love for sports and fully realized it’s vital role in the development of the nation and inculcation of discipline among masses. Pakistan has immense sports talent and it has all the credentials to produce sports champions in near future.

Pakistan over the years has produced a number of great sportsmen namely Jahangir Khan, Jansher Khan, Imran Khan, Wasim Akram, Shoaib Akhtar, Javed Miandad, Hassan Habib, Islahuddin, and Samiullah, Saleh Muhammad , Shahid Afridi, Ahmad Shehzad, Kaleemullah khan, Rabia Ashiq, Syeda Mahpara, Anum Bandey, Hajra Khan, Sana mir e.t.c . Now the question arises that why we are no more getting any medal or championship trophies like our past. “Hard work without talent is a shame but talent without hard work is a tragedy.”

It’s not that our athletes don’t work hard; they do, and it’s not like there is any deficiency of talent, but it’s just that they don’t get enough opportunities and facilities that athletes in other countries get. In Pakistan we have a crumbling domestic level, there are no proper training facilities, and, to an extent, there is no proper competition. The another other aspect of the decline of sports in Pakistan is hiring of foreign coaches, despite having excellence in their concerned field, are not able to communicate properly with players due to which their expertise are not transmitted to the utmost level. Another flaw in our system is that no proper sports facilities are provided in our rural areas, where there is an immense talent.

There are hundreds of athletes who are not participating in sports events just because they could not afford sporting goods. Or those who had to work in factories to earn for their families because spending time on the field is not promising enough. Or even those who gave up because they could not make a respectable earning out of pursuing sports in Pakistan. The dirty politics in many sports board is also contributing it’s part in the decline of sports in Pakistan as many talented sportsmen remain insecure about their futures. We do not have any leagues or international or national events organized in Pakistan which can groom our talented athletes. Our female athletes do not get enough opportunities as male athletes and they do not get enough exposure on media as men athletes.

Considering our talent, imagine how many World Cup titles and Olympic gold medals await us in the future; if only we decide to invest in our talent. It’s time to think about the solutions through which we can eradicate the flaws in our Sports system. Government should provide funds and support our athletes to make our domestic level more competitive, Media should give equal exposure to talented players of other sports as they give the exposure to the players of mainstream sports, cricket. Pakistan should launch leagues and organize international and national events which can provide a platform to many talented athletes to polish their talent.

Read More: History Of Gandhara Civilization Lies In The Museum Of Taxila

By launching leagues Pakistan can not only make it’s sportsmen financially sounder but have can give ample opportunities to the Pakistani youth, who not only just will get a chance to play but will also get to learn a great deal from the sporting legends that will come to Pakistan to play in such leagues. Female athletes should be provided the equal opportunities as the men athletes as they’re equally talented as the male athletes. However after every dark night, there is a bright day, so no matter how hard the situation gets sportsperson and the fans just need to keep their head up and remain unwavering. Hopefully we will get through these tough situations soon and will rise again in the sports world.