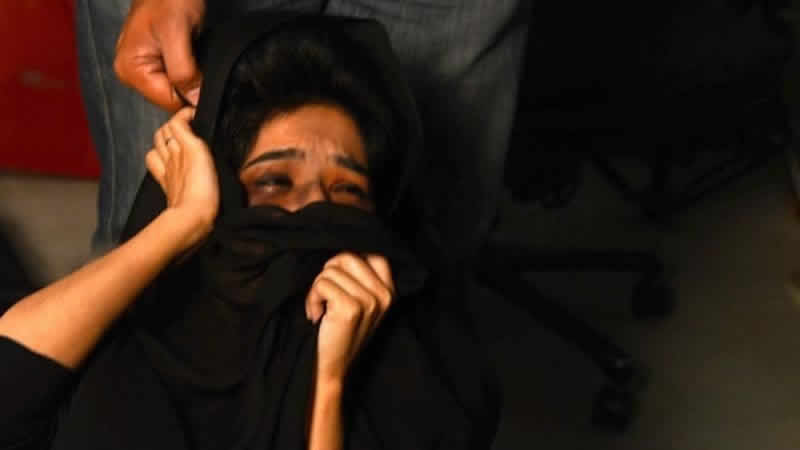 Prevailing Violence Against Women in Pakistan

Gender equality is one of the mandatory means for a nation to go faster for getting a sustainable development to curb all the forms of violence against women. It is one of the fundamental rights of women and does also have variety of the effects in all development segments across the world.

But the violence and gender inequality prevails in our country since a long. In order to succeed in getting women violence free, curbing all the forms of violence against them and ignoring the patriarchic norms are the most indispensable steps to be measured. In 1993, United Nations General Assembly had held a convention in which it had adopted the “Declaration on the Elimination of Violence Against Women”. It had argued over the declaration as “according to Article 1: the term “violence against women” refers to physical, psychological and sexual harms being done to women including threats like coercion or arbitrarily deprivation of liberty, whether it befalls them in their public or private life”. It had mentioned the covert or overt psychological, sexual and physical violence in the home or even elsewhere in the society.

Now the question has erected its head; it is: what kinds of the violence does our society prevail? To secure the answer to this hanging question is an appropriate phenomenon in succeeding to understand it out and out. Hence, women in our society face the music of manifold violence being done to them overtly and covertly. The violence which women in our society suffer from is having a number of the diverse gruesome types of forms such as sexual harassment, acid attack, dowry death, domestic violence, murder, sexual assaults, honor killing, bride burning and suicide etc. The United Nations member states had tried hard to persuade the advice to formulate the laws against all the vicious acts of violence against women, work freely and peacefully and ameliorate the situation of the victims be ratified in all the countries.

In a similar manner, Pakistan also had confirmed the integrated decision was being made under that convention and had passed the laws under her constitution. But, it is saddening to note that that the scanty of the actions is being taken to fulfill the promise, country had approved a few decades ago. Besides, the situation has resulted in increasing violence against the susceptible victims (women) of country since a great deal of years.


In 2016, World Economic Forum, in its Global Gender Gap 2016 report, had placed Pakistan on the 143rd among 144 countries. The country was shown as the second last worst of the countries against gender inequality for the second consecutive year in the world. In addition, M.Ali Jawad, in his article, had disclosed that around the entire South Asia, Pakistan has been the worst performing of the states such as India has stood at the 87th position, Sri-Lanka has placed on the 100th, Nepal at the 110th, Maldives at the 115th and Bhutan at the 121st position. It is clear that Pakistan’s heinous ranking shows a bleak image of the modest progress towards women empowerment and gender discrimination.
If we take a cursory look at a few years back, we will find Pakistan as it could not stay in a better position in the year of 2014. It was placed on the 141st position as the second last out of 142 countries in the Global Gender Gap 2014.

According to another report developed by Human Rights Commission of Pakistan, between 01 January 2012 to 15 September 2015, 8648 incidents relating to women rights violation were happened around the country. 90, 72, 481, 860, 344, 268, 535 incidents of acid burning, burning, domestic violence, honor killing, rake/gang rapes, sexual assault/harassment and different forms of violence on women were reported respectively. On the other hand, Aurat Foundation (NGO) had published its research report in 2012 which had estimated 734 women in Punjab, 68 in Sindh, 7 in Khyber Pakhtunkhwa, 10 in Baluchistan and 8 in Federal Capital area namely Islamabad were told to be raped in the country in 2011. The number of rapes collectively becomes 827 had happened in Pakistan by the year of 2011.


Pakistan has passed the bills for women protection in a great deal. And, also has derived initiatives towards gender equality and women empowerment. Yet, no enough efforts have been carried out for declining the violence against the victims of society. We direly need to derive awareness campaigns via manifold media for the amelioration of women phenomenon and to change perceptual mindset through variety of efforts. So that women can get their full freedom of thinking, desiring and making their own decisions personally and can participate covertly and overtly in getting equality in the society.