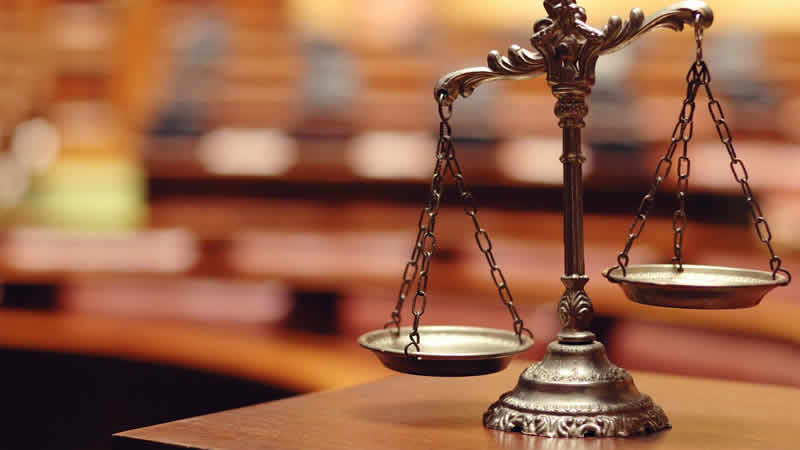 Whenever I would read a text that suggested Pakistani politicians were incompetent, corrupt and short-sighted, I tended to disregard it considering such a perspective to be part of a conspiracy of extra-parliamentary forces against our noble and visionary politicians and democratic political parties.

However, my doctoral research has dawned on me the lingering dilemma of Pakistan’s democracy where all four of the martial laws imposed by military chiefs were supported by a section of politicians, along with civil bureaucracy and judiciary. This grim fact should suffice to hold political forces partly responsible for the chequered record of democratization in Pakistan.

The role of Pakistani politicians, especially from the party in power, in the recent (re)establishment of military courts speaks volumes about their parliamentary commitment, democratic vision and governing capability. The military courts are now a constitutional reality for the second time in a row. Thus, one may oppose such an entity on academic grounds but it’s hard to dispute its constitutionality given the fact that the parliament has legislated it. Additionally, the Supreme Court’s judgment in the petition challenging the 21st constitutional amendment that had led to the establishment of military courts in 2015 seems to have waned prospects for further legal brainstorming on the matter.

Nonetheless, for a political scientist, the way political parties approached one another and engaged in lengthy out-of-parliament deliberations ahead of the recent re-establishment of military courts was simply astounding. It was no small event when political parties finally took the matter to the parliament to amend the 1973 Constitution, after more than five rounds of multi-party sessions.

It was puzzling and fascinating at the same time, to see Pakistan Tehreek-i-Insaaf (PTI), the worst opponent of the ruling PML-N, to have not only joined these parliamentary sessions but also supported the government over the passage of what now is termed as the 23rd constitutional amendment. It was bewildering to observe the politics of the Pakistan People’s Party. It showed its presence and consent in the National Assembly with relative ease, after fruitful bargaining with the PML-N and the powers that be, and approved the bill in the Senate after the lapse of a few days.

Ironically, the MQM also voted in support of the bill, along with the ANP that has lost some of its key leaders in terrorist attacks in the past. Though, the latter has not been in political limelight since its defeat in the 2013 general elections, it has had a consistent stance against terrorism. Importantly, however, the political attitude of PkMAP led by Mehmood Khan Achakzai was that of indifference to the appeals by its ally, the PML-N. Mr Achakzai not only registered his party’s disagreement with the purpose and process of legislation for extension of military courts, but also led his party to vote against the bill. On the one hand, such an approach reflects political and legal differences within Pakistan’s party system, and, on the other hand, it highlights that there is space in it for bargaining and belligerence, depending on the issue at hand. By voting against the bill, the PkMAP might have been successful in assuaging its core nationalist constituency in Balochistan. It remains to be seen to what extent the party may be able to walk with the PML-N in the weeks to come.

In view of the above, one may ask who got what in this affair. Indubitably, the PML-N government was successful in getting the 23rd constitutional amendment approved by the parliament. From the PML-N’s perspective, this course of action would help remove any lateral irritants and facilitate a smooth journey towards the next general elections. However, will the N-League get what it has in mind is yet to be seen in context of the Panama Leaks case. The party that has accumulated maximum benefits is the PPP. It can now cherish the fact that its associates such as Dr Aasim Hussain, Sharjeel Memon and model Ayyan Ali no longer have any constraints on their mobility. Moreover, PPP co-chairman Asif Ali Zardari seems to have re-taken control of the party. He’s busy re-organising the party, especially in the Punjab. However, in order to stage a comeback, at least as a partner in a future ruling coalition in the centre, the PPP still has work cut out for itself.

Quite to the contrary, the PTI could not gain much from this affair. The party avoided popular criticism by becoming a part of the process. The religious political parties such as the JI and the JUI abstained from voting, clarifying their ideological position on the subject as well as avoiding unnecessary media rebuke. Finally, the biggest winner in this affair was the military as its preference prevailed in the end. Overall, the political leadership of Pakistan came out of this as a loser for being unable to genuinely reform governance and justice regime. – Dr Ejaz Hussain