The Yellow Fever Of Journalism 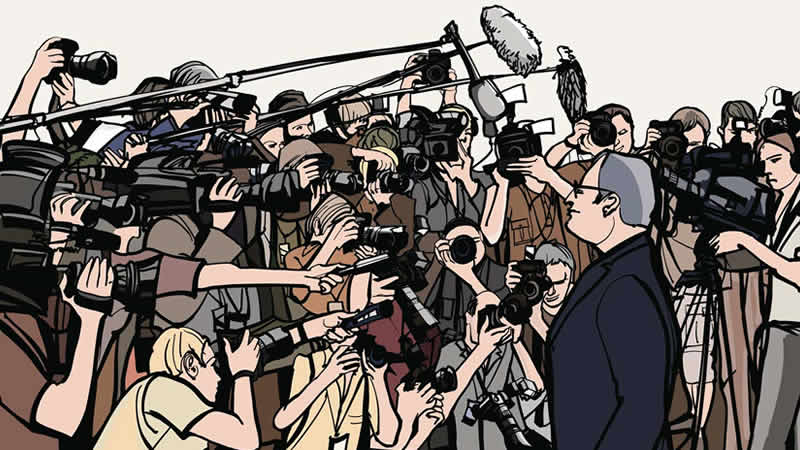 The Yellow Fever of Journalism

Let’s start with its definition, Yellow press is basically a press which presents ambiguity, uses catchy headlines and contains embellishment of news.

It was emerged at the end of the nineteenth (19th) century and now it has become a common trend. This term was fabricated when Joseph Pulitzer and William Randolph changed the content of their newspapers by adding lurid details and expanding the use of cartoons.

Nowadays everyone exaggerates the news and has made journalism a complete yellow. Media organizations generate hype on those matters which are not of importance at all. As media is considered the fourth pillar of the state, it also comes to a greater responsibility on media but, it is spreading a feeling of disappointment by its act of sensationalizing frivolous issues. Most of the media organizations never probe before giving the news. Here are some examples of yellow journalism, a news channel gave the news that Arshad Khan chai wala quit the showbiz, but on the next day it was made clear by him that news was completely wrong and he was still working.

We can take another example of tayyaba torture case, media has overemphasized this act and continued to make it a headline since the day it has happened. It is not the first time that such an incident has taken place in Pakistan. Hundreds and thousands of domestic child workers are beaten every day, many are tortured to death but no one raised a single voice against tormentors. If media organizations continue to make such kind of headlines it will leave a negative mark on our nation. Media has four main objectives, to educate, entertain, form public opinion and aware people about the happenings while remaining unbiased.

Read More: The Storms Of Change

But in Pakistan, media is being used by some people for their personal gains on the cost of national interest. If we deeply go through we see that every newspaper and news channel has its own policies in accordance to their benefits. Every media organization supports a political party and negates other. Pakistani media is not playing its role well or in a true sense of journalism. These media organizations are creating sensationalism which put a common man in disappointment and he/she starts to think that there is nothing good/positive is remained in the country. Media is supposed to work impartial but it seems to work partial to get attention of masses. It should follow the true spirit of journalism and stop sensationalizing the issues.