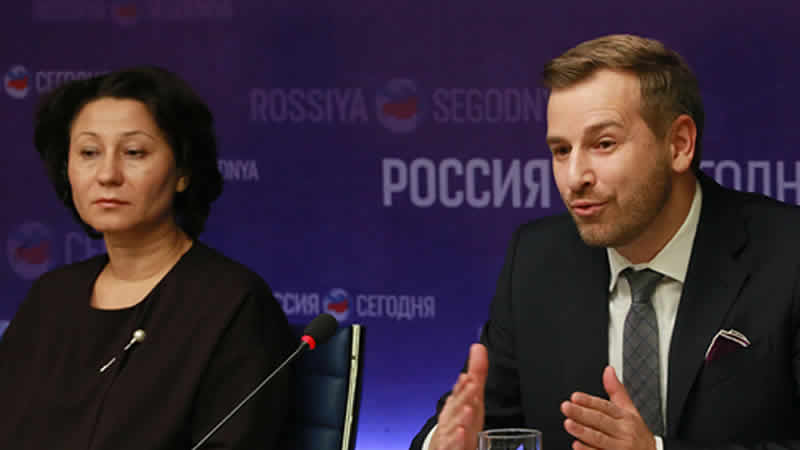 Within the framework of RUDN University International Press Club, Russian experts have discussed with media representatives training specialists for the Asian, African and Latin-American markets. Speakers talked about the latest trends of various regional employment sectors and examined entry requirements and curriculums of RUDN University for in-demand professions.

According to Andrey Rakitin, Deputy Managing Partner of Odgers Berndtson recruiting agency, latest global GDP and job market reports demonstrate a small growth of only 3%. Certain regions show declines, notably Latin America (particularly Brazil) and Africa. This is due to population growth and an increase of unskilled workers incapable of significant contributions to the country’s and region’s GDPs. A similar situation is observed in India, with its critical deficit of educated manpower. Those who get higher education prefer to leave the country. At the same time, the expert mentioned a demand and deficit in technology, medicine and engineering sectors in Asia, Africa and Latin America.

Larisa Efremova, Vice-Rector for International Academic Mobility, RUDN University, noticed that various regions are exhibiting particular professional demands.  For example, Chinese students focus on liberal arts, particularly philology, but are starting to look into engineering and agrarian technology. Students from India and Nepal are interested in medical, engineering and social studies. Arab countries focus on medicine, agrarian technologies and engineering; in addition, the students from this region are traditionally interested in politics and international relations. The expert highlighted that RUDN University takes particular regions and corresponding job markets into consideration».

Andrey Rakitin noted that many multinational companies are forming new requirements for education and skill sets of employees. He also noted a global trend for specialized education and talent development programs. Of much importance is development of specialty skills: work in situations of uncertainty, ability to speak in public, including in foreign languages, team work with a common goal in mind. According to the expert, this becomes particularly important in situations where a project teams is assembled globally. In turn, Larisa Efremova spoke about international communication as a key skill received by the university students. Over 7500 students from 154 countries are being educated at RUDN University. The largest number of students are represented by the following regions: Asia – China (691), Vietnam (237), Afghanistan (141), Iran (123), Mongolia (97), Bangladesh (52), India (50), Nepal (42), South Korea (40), Sri Lanka (40); Americas – Ecuador (119), Colombia (91), Bolivia (32), Cuba (29), Peru (28), Brazil (21); Africa – Nigeria (145), Namibia (130), South Africa (120), Cote d’Ivoire (99); Middle East – Syria (157), Jordan (87), Yemen (74), Lebanon (69), Iraq (60). The speaker noted that helping undergraduates acquire specialized in-demand skills is part of the RUDN program.

«Each student must communicate with representatives of various regions, be able to convince and lead. RUDN University education forms business and personal leadership qualities. Many experts and specialists among 100 000 RUDN University graduates could be found in almost every country. They are experts and specialists employed by multinational companies, governments, educational organizations. They are engineers who build road networks, doctors who create systems of pediatric or emergency help». Discussing the process of RUDN admissions, Larisa Efremova noted that over 170 governments have grants that offer students opportunities to get free education in Russia. Additionally, RUDN Olympiad is a method of identifying students. This year RUDN Open Olympiad started. Winners get an opportunity to get an education, with government covering the costs. Runners up get discounts for education costs. Olympiad is conducted in the country’s language. For example, in Ecuador it is Spanish, in the Middle East – French or Arabic. Education itself is in Russian. Those who do not speak Russian receive language course, with the focus on terminology of their specialty», claimed Larisa Efremova.

RUDN University is a multi-disciplinary Higher Education Institution, bringing together more than 30000 undergraduate and graduate students, as well as interns from 154 countries. National and ethnic diversity is one of the distinctive features of the University. There are several subdivisions providing qualitative academic training at all levels, such as bachelor, master and doctoral programs and internships in 5 faculties, 11 institutions and 1 academy.

More than 130 Joint Degree programs are provided by wide range of leading partner universities from Great Britain, France, Spain, Italy, Czech Republic, Germany, and China. 25 undergraduate and graduate degree programs achieved International accreditation. Almost 50 programs are provided in English language. There is an opportunity for all students to choose from 12 foreign languages and receive an additional degree certificate in Translation Studies. Graduates will get standard European supplement to Degree Certificate scored in Trans-European system of credits (ECTS).

• Number of educational programs for higher education (RUDN University only, without branches) – 467