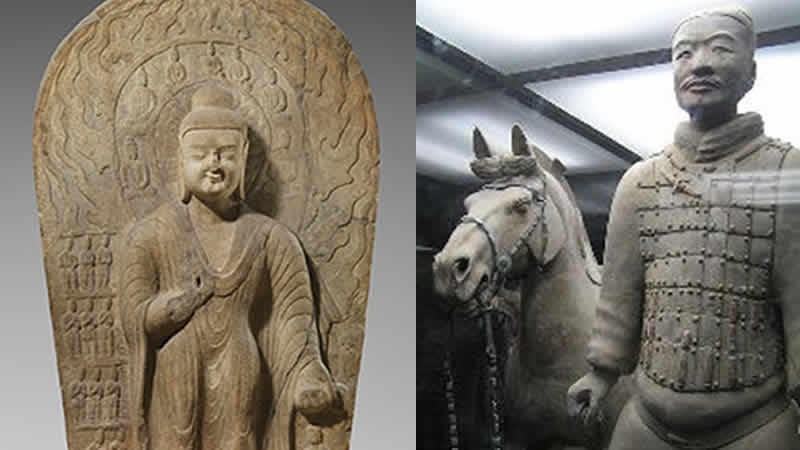 Whenever we talk about a conglomeration of multiple cultures, the first country that pops in our mind is China. China is one of the four ancient civilizations and considered as the bolster of civilizations. It has a long recorded history of more than 5000 years. We can trace these years in ancient books.

There are few people with the realization that traditional culture of China is not one culture but a blend of different tribes and cultures. According to Asia Society more than 1 billion people living in China represents 56 ethnic minority groups. Han Chinese is considered to be its largest group having population of about 900 million people. We can take the example of Buddhist Culture which proliferated into China through West Asia. Buddhism was never the native culture of China. West Asians were defeated by Turkish Tribes and immigrated to China, in this way China adopted the Buddhist Culture. If we go through a little history we see that China was governed by many different tribes but no one ever tried to destroy the mainstream of Chinese Culture. All of them accepted its culture instead of denying it and enriched it by adding some more contents from their own cultures. According to Cristina De Rossi, “Significantly, individuals within communities create their own culture”.

In China, five official religions are in work, Buddhism, Taoism, Islam, Catholicism and Protestantism, religion other than that is illegal. Chinese Constitution has allowed the people to enjoy the freedom of religion. Chinese people have unique kind of language. Its characters are emulation of object shapes whereas other languages are mostly symbols for description of pronunciation. Chinese have seven major groups of dialects in their language. China’s official national language is Standard Mandarin. Language has a very meaningful effect after every word being clarified by the events happened in the long history of China.  China has a glorious history of arts and crafts and produced a beautiful work of art. These things are great treasures of China and for the rest of the World. All the eras and dynasties had specialties in their work.

Chinese culture has many paintings and sculptures depict spiritual figures of Buddhism. Buddhism has been known in China as early as second century BC. Indian and Chinese long encounters and beliefs, practices with their respective traditions remain one of the most fascinating things in the World History.

The Terracotta Army is a Chinese sculpture depicting the armies of the first Emperor of China Qin Shi Huang. It is a fascinating aspect of Chinese art and among the top most attractions in China. It was created in order to protect Qin Shi Huang afterlife. China has sculptures of over 8,000 soldiers and 130 chariots with 520 horses in Terracotta Army. These all are life-sized and represents army which triumphed over all other Chinese armies in the era of United Imperial China 2,200 years ago.

Communist Party took power in 1949 which is currently the World’s second largest political party. It had turned out to be the only governor who committed to a proper destruction of a Chinese culture. Now a real traditional culture of China is not in China’s mainstream society. Real Chinese culture can only to be found in ancient books.