Favoritism, Cronyism And Nepotism At Their Peak In Pakistan 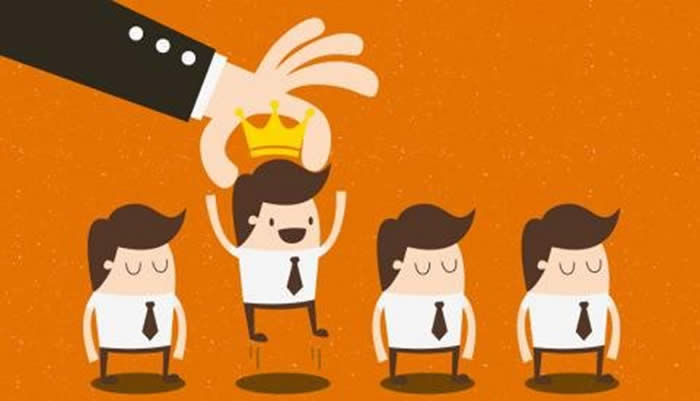 I start with its definition. Basically favoritism is just what it sounds like, it’s mean favoring someone not on the basis on his well doings but because of some extraneous feature-membership in a favored group. It is based on personal likes and dislikes.

All these three words favoritism, cronyism, nepotism can be demonstrated by anyone in hiring, honoring, granting or awarding contracts. A person with power of appointment can do anything.

As the old saying goes “It’s not what you know but who you know”. As a Blogger Danny Ferguson puts it “ It’s not what you don’t know, it’s who your college roommate knows. These things occur within a network of insiders who handout favors on one another. These are often use at work, when educational institutions enlist candidates for student’s council and political parties recruit candidates for public offices. As Aristotle stated “Equals should be treated equally and unequals unequally”. Fairness is the basic theme of moral code which seems to be lost now-a-days. These words literally mean the “absence of fairness” they give undue advantage and rise to someone’s status who does not deserve or merit this social status. In some cases, a relative of executive is given a chance to perform his job and also enjoys advantage over other applicants. The same things are doing in our educational institutions especially when it comes to the selection of student’s council. They always favor their favorite group of students and confers them council’s post.

whether they merit this treatment or not. These things later become counter-productive. This lack of ability can affect their profitability. Literature students are always given much importance. Some seats of student’s council are always reserved for them although they have the level or ability to handle that seat or not. These things remind me “Spoils System” of US.  According to this system when new President takes over the charge he appoints all afresh members of federal government. Important jobs are distributed among the henchmen of President without taking into account ability, talent etc of appointed person. Many educated people are wandering here and there not because the shortfall of seats but because they have no patronage. There are prodigious number of seats but taken by the executive’s relatives. Favoritism is following us since centuries and aggravated the conditions of society.

If we go through a little history, In sub-continent when Muslims were dominated in all spheres of social life it aroused Hindu jealousy because they had to live under Muslim hegemony. But with the advent of British rule, they superseded Muslims. British extended favors to Hindus in order to win their co-operation and they both adopted a cruel policy of mass elimination towards the Muslims. Once Hazrat Ali remarked “a government of a non-believer can survive. However an unjust government which encourages and promotes nepotism, favoritism and ethnic strive cannot survive” Many systems have been destroyed by favoritism, cronyism and nepotism. The malaise of nepotism (sifarish) at its peak and destroying Pakistan. It is to be found almost everywhere in the society. The verse of Quran comes in our mind “O mankind, indeed We have created you from male and female and made you peoples and tribes that you may know one another. Indeed the most noble of you in the sight of Allah is the most righteous of you”.

The malaise of favoritism, cronyism and nepotism, is the new route to achieve a higher social circle. Most of the institutions have been destroyed owing to favoritism. Favoritism fluctuates from culture to culture. It’s chance to occur mostly in those societies where relations among families are strong. According to Kayabasi (2005) some studies found that favoritism is mostly practiced in less developed countries. Everything that is illegal has now become legal in society. We are the major cause of this rot. We have to eradicate its roots because this disease is splitting fast in the society. Opportunities should be given to our youth on the basis of talent, experience, not on the basis of favoritism and patronage. Our Religion Islam strictly forbids the concept of nepotism, cronyism, favoritism and warns those who seek and give bribes because they are the dwellers of hell.