Land Of The Matadors 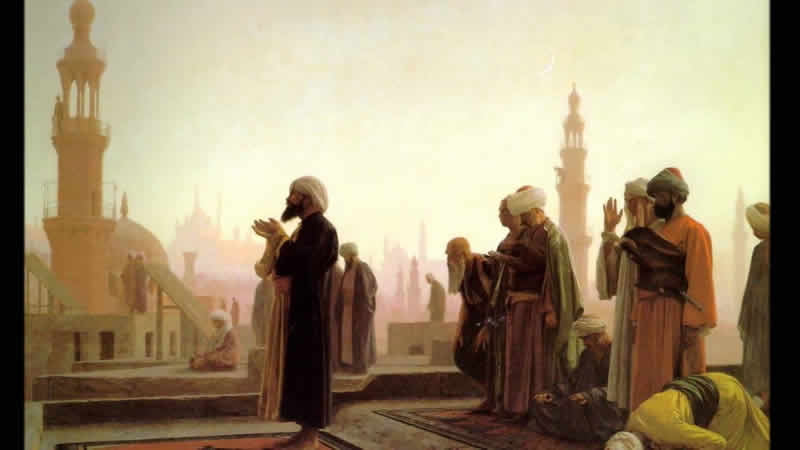 Land of the matadors

Spain is a country I became familiar with on various counts; during my early life it was bull fighting that caught my fancy. Visiting my grandfather’s farm and seeing the live stock there, always made me wonder as to how these lazy creatures could turn nimble all of a sudden and charge the sword wielding matadors in the bull ring.

As a student of history at school it was eight centuries long Islamic rule in Spain that made me proud. Allama Iqbal’s ‘dee azaanai (n) kabhi Europe kay kaleesaao(n) mein, a verse from his famous Shikwa, still resonates in my ears. As a grown up sports enthusiast I saw 1992 Summer Olympic games put Spain and the city of Barcelona on the elite sports calendar.

Spain, the second largest country in the European Union and its member since 1986, has been under the Roman rule since around the first century AD, followed by occupation by the German tribes, finally falling under the Muslim sway of Moors from North Africa in 711 AD. It has a parliamentary form of government with constitutional monarchy. In Iberian language its name was Hispalis, Romans called it Hispania and modern name derived from the Roman is Espana. It is a popular tourist hub revered for its Mediterranean climate, geographic location, popular coastlines, diverse landscape, historical legacy and excellent infrastructure, making tourism its largest industry in the world, having earned 40 billion dollars in 2006 alone. Although Madrid is the national capital, Barcelona brimming with history, is a far more popular tourist destination in the country.

The other Spanish cities on my wish list that I visited on this sojourn were Granada and Cordoba. Capital of the autonomous region of Catalonia and the second largest city in the country, Barcelona is the third most visited tourist destination in Europe, 10th most in the world. This cosmopolitan city is defined by Anthony Gaudi’s quirky modernist architecture reflected in the city buildings, Sagrada Familia Cathedral, Guell’s Park and a number of other structures with rich and varied heritage. Vibrant street life is an added attraction for hordes of tourists around the year. The Mediterranean climate with hot and windy summers and mild sunny winters attracts the sun-starved Europeans from the colder North. I have been to a number of European, Middle Eastern and South Asian destinations but Barcelona has a unique architecture and culture. Rows of symmetrical multistoried buildings, expansive squares and modern mass transit system (including underground Metro and surface tramways network) are the beauty of this sprawling metropolis.

The cleanliness of the place is impeccable to the extent that it needs to be experienced to believe. There are innumerable places and sites to visit in this 2000 year plus old city and hop on hop off buses plying in hundreds are the best way to go around places. Though Romans and later Muslims ruled this area for a long time, we hardly find any monument of that era in this city whose architecture is Spanish to the core. The 19th century landmark Cathedral Sagrada Familia, modernist Park Guell from early 20th century, vibrant La Rambla Street, Catalunya and Espanya squares, Montjuic Castle and Picasso and Montjuic Museums of art and culture are some of this mega city tourist attractions. Of the long list of ‘must see’ places it were the Cathedral and La Rambla Street that fascinated me the most. Construction of Gaudi designed Sagrada Familia Cathedral started in 1882, with the perennial decorative work on the facade still going on, targeted to be completed by 2026, marking the architect’s 100th death anniversary.

The other popular tourist attraction La Rambla is a conglomerate of various stretches of streets with different names but the main artery originating at Catalonia square terminates at the Columbus monument near the harbor. This vibrant street, abuzz with tourists’ activities, is the place to hunt for a range of souvenirs at the gift shops and to tantalize one’s taste buds at the local eateries. Exploring this large place was so exhausting that we finally chose to have a break by taking an hour long tour of the area riding a horse drawn buggy. The ride on this 19th century elite cart was immensely refreshing for the fatigued body and invigorating for the soul. Spanish poet F G Lorca has complimented this street in the following words, “It is the only street in the world which I wish would never end. It is to feel and enjoy the human heart beat of Barcelona”. Picasso Museum situated in the medieval part of the city and the Museum of Art & Culture on Montjuic hill mirror city’s art and cultural legacy.

Magic fountains on way to Montjuic Museum from Placa d’ Espanya, the city round trip on the red, green and orange line open top tourist buses, huge FC Barcelona football stadium and Barrio Gotico gothic quarters of medieval times are interesting places to drive by. Park Guell on Carmel Hill showcasing Gaudi’s most artistic works, started as a private and exclusive residential village by Guell, but the property was later opened to public in 1926. Gaudi House perched on the edge of the undulated park with crayon coloured ceilings, is an interesting place to visit. Football, hockey and tennis are sports the Spaniards excel in. Bullfighting, the country is famous for, is not a sport to them but a cultural event that Catalonia parliament voted to abolish in Barcelona in 2010 on the grounds of animal cruelty. It is still practiced in Madrid. The bull fighting arena at Placa d’ Espanya has been converted in to a huge shopping mall.

As per Wikipedia Madrid is labeled as the pick pocketing capital of the world but Barcelona too does not lag behind. We were travelling in a crowded metro when a passenger dressed in western attire covered by a loose shawl boarded the train and got close to my wife standing in the aisle. We would have ignored the proximity of the person in the crowded passageway when a lady passenger seated close by shouted in English, “watch your purse the pickpocket is eyeing it”. My spouse became careful holding the handbag more securely. The man saw all this happen and got off the train at the next stop glaring angrily at the lady who had flashed a warning. We had become victim of a pickpocket at Central Railway Station in Amsterdam a few years back losing cash and cards in the process.  Spain, a country of nearly 47 million people, has a sizeable Muslim population reaching 1.2 million; 71% of these are foreign born while ethnic Spaniards account for nearly 50000 believers. The number of Pakistanis settled in Spain with legal residency is close to 53000.

The number of Spaniards registering with Madrid Islamic Centre as ‘new Muslims’ averages 170 per annum. It is a secular country with Catholics forming the major chunk of Christian community, though 59% of them have never been to the church except perhaps on their wedding day, 15% go only once a year while the rest visit the places of worship on monthly or weekly basis. Back from a trip to Granada we were looking for a cab outside Barcelona air terminal where the taxis were lined up for the passengers. They were mostly four seat cabs, with a small number of six seat vehicles, hired on their turn. The queue could not be breached. We being a family of six were looking for a bigger vehicle but for that we had to wait till all the four seat cabs in front were hired. Six seat cab facility was only available in this mega city while in the smaller towns of Granada and Cordoba we had to hire two four seat taxis each time we moved around. Language is a big barrier in Spain but my teen age granddaughter who had taken some Spanish lessons at school managed to communicate with the locals and convey the message. Even this time she came handy, accompanied me to the traffic cop and asked for help.

He obliged by calling a big cab on his cell phone. With limited Spanish speaking skills but inquisitive to know more about the place, my granddaughter asked the gentleman in uniform if he could speak some English as well, to which he replied that he could communicate in Arabic instead. Having some knowledge of spoken Arabic I stepped forward and tried to extract more info about the city from the gentleman. In reply he recited kalima and few surahs from the Holy Quran and told me that he had embraced Islam ten years back and was learning Quran and Arabic at the Islamic Centre. He had a Christian surname inscribed on his official identification badge while his Islamic name was Abdul Aziz. He told us that there were more Catholic Christians, his former brothers in faith, who were following in his footsteps and converting to Islam. A great revelation indeed! This reminded me of the day when we were to fly to Granada from Barcelona. My daughter chose a quiet corner of the airport to say her prayers and unfolded her pocket size prayer rug.

During our stay in the hotels we would take the help of our i-phone in locating the direction of Kaaba but the airport Wi-Fi signals being very weak she spread the travel mat by conjecture when an airport employee came running towards her. Our gut feeling was that he wanted to stop her from offering the prayers in the concourse hall but he turned the prayer rug by almost 180 degrees in the correct direction, gestured to us that he too was a Muslim and hurried away. Spain is mainly a mountainous country dominated by high plateaus and mountain chains with the highest peak of Sierra Nevada standing at 3478 m (11594 ft) above sea level. There are a variety of climates; Mediterranean, semi-arid, oceanic, desert and in some parts Alpine. Summers are hot and windy but it is very comfortable under the shade. The country is fore seeing energy shortage in not too distant a future so the authorities have started taking preemptive conservation measures with immediate effect.

The minimum temperature allowed in the shopping malls, restaurants and other public and private places is 23 degree Celsius. Official permission has to be sought before installing air conditioners. Shopping malls have set the temperatures that are just comfortable, no chilling what so ever. The middle size eateries and stores have invariably one air conditioning unit at the reception counter or till. Their far sighted approach is appreciable. Spanish and Catalan are the major languages. Education is free and mandatory up to 16 years of age. Mediterranean fruit are in abundance. Olive production and exports are phenomenal. Spanish economy stands at number six in European Union countries. Tourism is a flourishing industry of the country that makes 11% of the GDP. The infrastructure is commendable, roads are nice and wide, mass transit network is enviable. The biggest handicap that we experienced in Spain was the language. They do not speak any language other than their local Spanish or Catalan but to us both sound similar. All in all visiting Spain was a wonderful learning experience.
Dr. Shahid Qayyum.