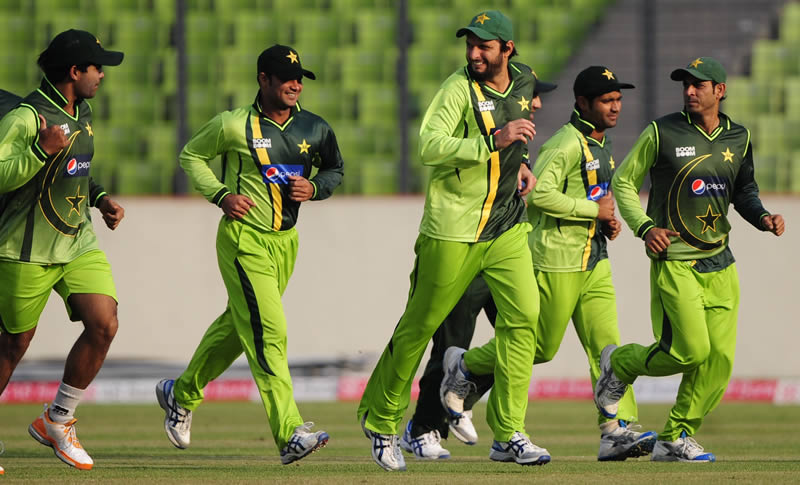 Every time I think of Pakistan cricket and match-fixing, I am reminded of that glorious comedy series, Alif Noon. In it, two polar-opposite friends become con artists with hilarious consequences. As with Alann and Nanna, the leads of the show, our cricketers seem to have turned bungling into an art form.

There are on average 600 legal deliveries to throw a cricket match without arousing suspicion. These gents, however, lose the plot in such obvious clumps that its hard to buy the “bad luck today” argument. Their inability to pace themselves towards defeat is just sloppy. After a while the procession of wickets, bad balls or missed catches become a dead giveaway to even the mildly curious. What’s the rush? Imploding spectacularly can’t be good for business in the long run. Things of a “fixing” nature must be kept under wraps with discipline so money keeps being made. Whereas millions of dollars have been funneled abroad by corrupt politicians with little trace, their cricketing counterparts seem unable to get paid under the table without attracting attention. Right now, Moin Khan is on his way back home from the Antipodes. The chief selector of the Green Shirts found himself photographed in a Christchurch casino before the West Indies rout. With the Awaam frothing mad over the India defeat, he chose to be seen at the one place that would scream “fixing.” 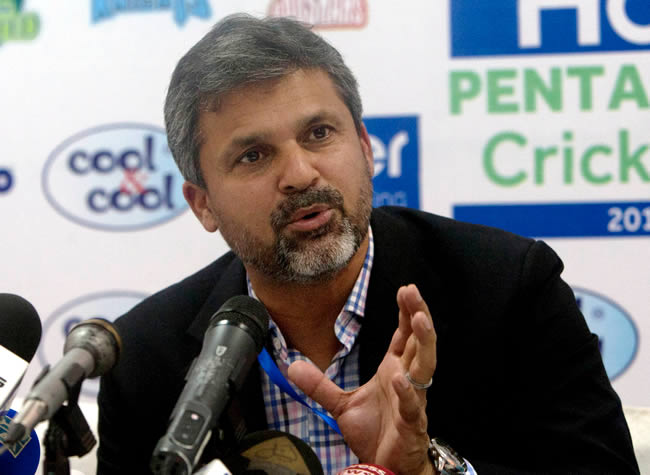 Of course the PCB is now investigating whether “dinner” or indeed “keeping an eye on the boys” are plausible enough reasons. Its likely we’re all overreacting here, but ugly innuendo spreads fast whenever Pakistani cricketers play below their “potential.” Any gambler worth his debts will tell you karma has big fangs. Shahid Afridi and fellow media darlings, Umar Akmal and Ahmed Shahzad, bet on confronting fielding coach Grant Luden without consequences. Mr.Luden tried to rectify the poor fielding display against India with the simplest of solutions, more hard work. Somehow this irked the trio into saying unhealthy things that led to his resignation, but the PCB intervened to smooth things over. Then in the West Indies game, karma bit back big time. Shahid Afridi dropped sitters, Umar Akmal stayed abysmal, and Ahmed Shahzad came and went. Its not surprising that Pakistani cricketers look down on career coaches. After all, how can someone who hasn’t played at the top tell them any better? Every former international turned cricket pundit supports the view, lamenting the loss of foreign exchange without satisfactory output.

Flair and sheer talent, they say, is what made Pakistan great. For example, is there a better bowling coach in the world than Waqar Younis? On the evidence of recent results, probably half the planet. The reason is Waqar was a genius. Geniuses instinctively know how to make things happen, while mere mortals graft. Its the latter category that requires structured coaching, or else they become frustrated. Speaking of frustrations, please be upstanding to honor the motivational pillars of Pakistan cricket, head coach Waqar Younis (again) and PCB regular Najam Sethi. Everyone wants the cricket team to man-up mentally, yet the very people who should have their backs have turned and walked away. Both Messrs.Younis & Sethi have repeatedly warned the nation not to expect too much from “the boys” because, well, they’re not all that good are they? Our regular bowlers are injured, the batsmen are inexperienced, there’s too much public pressure, the planet Earth is blue, etc, so how can we win?  In ancient “Samurai” Japan, men facing dishonor would disembowel themselves. At the PCB, they lean back on plush swivel chairs and make excuses.

No one talks about the things that can be controlled, like the playing eleven. The World Cup squad is a team of specialists that plays bits-and-pieces cricket. The opening pair of Ahmed Shahzad and Nasir Jamshed are accomplished fly swatters but average new ball technicians. Our “star” all-rounder Shahid Afridi does better starring turns in TV commercials than on the field. Younis Khan, leaden of foot and short on luck, is promoted up the order when what he really needs is to be paired with tail-enders.

Realizing he has a better cover drive might bring some of that self-confidence back. At the end of the day, we need to understand the world won’t stop spinning if Pakistan can’t make the quarterfinals. Our desire to have the national cricket team be a collective vessel of honor is just bad for blood pressure. Since we’re content with the surrounding mediocrity on a daily basis, why expect 15 individuals cut from the same cloth to be any different? Demanding virtues like the pursuit of excellence from a few, when the rest of us can’t live up to those standards, is harmful self-deception. No one should have to live like that.