by Top
in Featured, Opinion
0 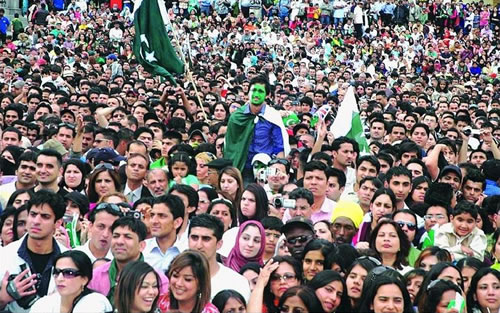 Today’s youth is a different generation to any of the youth generations that have gone before. Yes, there has always been a youth market, but the 21st century youth differs in both a neurological and emotional manner from previous youngsters.

The radical shift has occurred most rapidly over the past decade, as technology continues to advance at an unprecedented pace. These children live and exist in a digital realm which they find as natural as the air they breathe. Parents and educators struggle to keep up with this fluid generation who does not like to be put in boxes, and also defines itself and reinvents itself daily. Change is the constant, and they embrace it and run with it, ever on the search for the next piece of digital news or technology that keeps them in the loop and in the peer-based power seat. For the youth market, knowledge is power and social currency.

They are calling us “the lost generation”. Yes! we are lost.

The youth of today has been widely outclassed; they do not consider themselves to be too young to be pampered, and they are not supposed to be old enough to take responsibility on their own shoulders. Today’s youth is just dependent on google.They even cannot imagine to live without internet.And in result they do not use their brain for  a second which leads to lack of hard work.

Now there are so-called love issues which have dramatically been on rise since the past few years but end mostly in the destruction of lives either by suicide or by eternal misery which renders them mentally unfit. The depression overpowers them and very few are able to cope up with it as another aspect of the ups and downs of life. Teen dating violence is increasing day by day which is common in Europe but it is becoming a trend in Asia.It can negatively influence the development of healthy sexuality, intimacy, and identity as youth grow into adulthood and can increase the risk of physical injury, poor academic performance, binge drinking, suicide attempts, unhealthy sexual behaviors, substance abuse, negative body image and self-esteem, and violence in future relationships.

Teen dating violence can be prevented, especially when there is a focus on reducing risk factors as well as fostering protective factors, and when teens are empowered through family, friends, and others (including role models such as teachers, coaches, mentors, and youth group leaders) to lead healthy lives and establish healthy relationships. It is important to create spaces, such as school communities, where the behavioral norms are not tolerant of abuse in dating relationships. The message must be clear that treating people in abusive ways will not be accepted, and policies must enforce this message to keep students safe.

Developmentally, the years between childhood and adulthood represent a critical period of transition and significant cognitive,mental,emotional and social change. While adolescence is a time of tremendous growth and potential, navigating new milestones in preparation for adult roles involving education, employment, relationships, and living circumstances can be difficult. These transitions can lead to various mental health challenges that can be associated with increased risk for suicide.

Suicide is the second leading cause of death among youth age 15-24.Approximately one out of every 15 high school students reports attempting suicide each year. One out of every 53 high school students reports having made a suicide attempt that was serious enough to be treated by a doctor or a nurse.For each suicide death among young people, there may be as many as 100 to 200 suicide attempts.For some groups of youth—including those who are involved in the child welfare and juvenile justice systems; lesbian, gay, bisexual and transgender; American Indian/Alaska Native; and military service members—the incidence of suicidal behavior is even higher.

We are the muslims and such deeds do not represent our religion and our norms.

The youth of Pakistan are hopeful pupil; we trying to make our future conducive with the help of valuable advice from our teachers, colleagues, seniors who are the full of princely behavior at timely help. And they are attempting their laborious and onerous task. According to valuable commandments gave by Quaid-e-Azam. A few of us have painful experience but the others are taking instructive experience from their thoughts and teaching, while the sensible suggestion gives them pathway to make Pakistan a wealthy region.

We the youth of Pakistan may also referred as “Nation Builders”. Because youth plays significant role for development of Pakistan not only economically also morally and practically. We all know better that what’s going on but for this history will salute us, because other things at this time, if  we ask someone that whom faith you belongs to, 90% of them said to be that I’m Muslim even though in the past that we heard from the same faces their answer was strange-ably changed. These thoughts proved the first principle of Quaid-e-Azam which was FAITH.

And today we are not only Baloch, Punjabi, Pathan, Sindhi or even and Urdu speaker, we realize from where and what we belongs to which is the only one thing, Pakistan. For this Second principle of Quadi-e-Azam has now proved that youth is on the track which is relates to UNITY. As well as youth also moving towards discipline and are being disciplined as well.

Youth of Pakistan has made a portfolio named as Youth Parliament, and a Nobel Prize Winner Society of Pakistan. Having a vision and aim such as conceived, conceptualized and planned to execute with a vision to empower the youth of Pakistan with the ability to understand the importance of their role in community services and to nurture their leadership qualities.

We, as youth build skills relevant to young people’s personal development, as well as their role within a group. Because this will help to analyze their strength and weaknesses and set personal and vocational goals. But on a group level, we develop the ability for new comers to work with us and with others to create a shared vision and to draw on the talents, skills, and energy of others.

We are full of patriotic feelings and our future is very bright. We could save and change the destiny of our country. For us policy consultative dialogues should be held in order to know their problems.

That it was the need of the hour that patriotism should be promoted as well as negative approaches must be discouraged. Because there are many example of people who have elevated themselves and been very affluent in terms of class due to their hard work and skills. People like Dr. Atta-ur-Rahman, Dr. Umar saif, Arfa Karim youngest Microsoft Certified student in the world, as well as, from Swat valley Malala Yousafzai, were not born in big political or elite families but their work is marvelous. Especially in the case of Dr. Atta-ur-Rahman, who changed the higher education landscape of country.

“We have the power to make this the best generation of mankind in the history of the world or to make it the last.” but not by following other nations.

Youth needs to follow such example or should create example like these and many more amazing individuals. We need to pursue education; and educating other, which has more value as they will do the most good with it! And in the last, I would like to share one verse of Iqbal: