by sohail
in Featured, Opinion
0 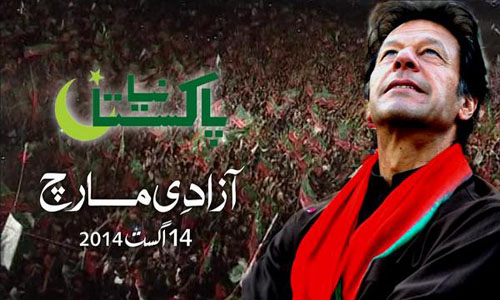 Many years of injustice, oppression and patience has come to an end and now the people of Pakistan rise for a change, a change which brings a difference in their lives, which marks a step ahead to the prosperity of the nation.

One year and two months was enough for the government to at least be serious about the country’s downfall and the backwardness it has been facing since past few years. Economically, socially, politically and even on International grounds Pakistan has not been advancing and instead loosing day by day. The public is in a state of chaos and disorder and they really now look forward for some positivity, some ray of hope, a light that brightens up their life and give them reason to be happy.

I won’t show my support for a political party but generally speaking today when I see the emerging political power who talks about a change or “Tabdeeli”, I can see the urge in the people who are ready to even risk their lives to bring about a revolution and they want to give an end to the fake faces of politics and those promises never fulfilled. This Independence, we can get freedom from the ruler ship of our leaders because if we don’t speak on

August, 14, this year, we welcome one more year of the so called Democratic government where the people are pissed off completely.