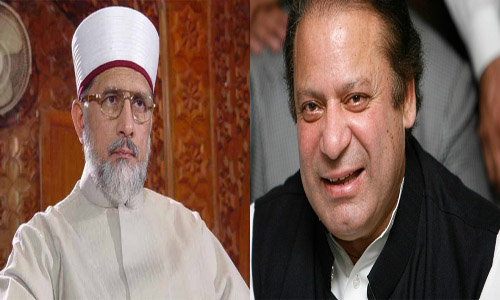 Pakistan is currently going through such a frail period that any infringement at this time might change the present or mark a history as our illustrious and heroic armed forces are engage in zarb e azab operation in North Waziristan to sweep out Pakistan against terrorism, meanwhile our innocent denizens were killed by rangers. Martin Luther King once proclaimed;“The most dangerous criminal may be the man gifted with reason, but with no morals.”

Our government actually impersonates that man with no morals and the atrocious incident of model town is its unambiguous example. Recent ironic occurrence at Lahore makes me realize that we as a nation are so dim-witted, we always think terrorists grim reapers and scaremongers without knowing the fact that actually terrorism resides in our own roots and it’s not a sign of misfortune but citizens of that country whose lives are so unworthy as compare to infinitesimal barriers actually deserves that and much more. Moreover this incident is a supplemental for our identity in the world as now we will be acknowledged internationally by following assertion: “Pakistan is a country where amputation of barriers costs 8 souls and colossal amount of blood”.

Dilemma is people of PAT are still bracing themselves for further atonement in the name of revolution which will hit the country in the form of Doctor Tahir Al Qadri who will land on 23rd June, 2014. We as a nation are doing nothing because our eyes are covered with blind folds knotted so tightly that we are incapable of scrutinizing the real faces of cagey and ingenious leaders. The only thing we are doing is depicting the role of culprits dancing under the control of politicians. Why all those people who shed their blood for Mr. Qadri, didn’t think at once that how their children and families will cope with this loss? If they thought of themselves so futile then why didn’t they gave their lives for defense of Pakistan in hard times and reap the title of martyr.

Everyone will forget this debt of model town soon including Qadri who was actually enjoying with his family at Canada when people devoted their lives for him, except those children who are now recognize in society as orphans just because of lunacy of their late parents. Our government denied their alms in this buzz and acquitted by giving some ambiguous statements showing commiseration, like seriously that’s all what a democratic government should do after such a mournful occurrence. If government was not on the hook then why they did not clarified the rumbles about ‘Gullu Butt’ who was green-eyed for media and public as well in the whole situation.

Both Government and Tahir Al Qadri are actually playing to put feather in their caps by exploiting us and we are ready for rip over. I’ve been searching the answers of few questions that deliberately whirled around my nerves since from January 2013 but fall flat……How a Canadian citizen will become so ardent and staunch for us when our own great politicians who spent their whole lives in Pakistan since from their birth are perfidious and apostate to such an extent that after demonstrating the panorama of brutality they turns into the most oblivious, sparing and gracious leaders?

Why people find Qadri so credible and authoritative that they accredit him just on the basis of his claims about vicissitude? Who is accountable for Rs. 1.5 million he had wasted last year in container rayli? Why Qadri is afraid of arrest after his arrival in Pakistan?  These entirequestions are waving flag that before Pakistan further hit the skid one should unite as a nation to foster one self without relying on others as Ronald Reagan stated that if we ever forget that we are one nation under God, then we will be a nation gone under.
Author: Faiza Latif

Khyber Pakhtunkhwa Governor Upset over IDPs Being Turned Back