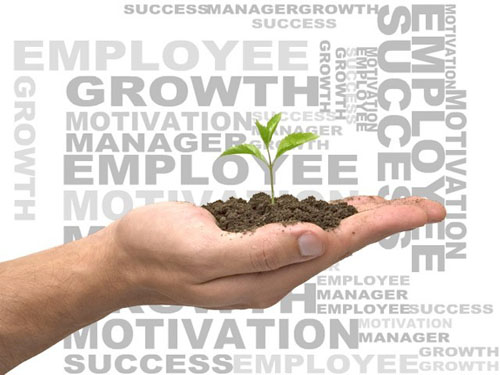 The metamorphosis the world is going through is posing a serious question: are we seeking any dignified place in the transformed world or would happily remain in obscurity? The nations that have ruled, the world economy, during the past several decades are beginning to crumble under their own weight and, their glory, will soon be a tale from the past.

The ever mounting burden of their own over-grown economic, political, and in some cases the military spreads have found them reeling. Today, it does n’t require one to be a Harvard economist or in possession of Platonic wisdom to see that the old realities are fast losing ground and the world is settling into a different groove. However, one dose need to be a great visionary to navigate through this greatest of the transformations of our times and to make sense of the tumultuous events that are terribly fast and furious. While some of the nations around us are positioned strongly and safely to make their way through this tide and spearhead the new world order, we are adamantly clinging to the status quo and appear all set to miss yet another opportunity. A recent research lead by Willem Buiter of the Citigroup titled “Trade transformed:

The emerging new corridors of trade power” estimates that the world trade, represented by the sum of all exports and imports taking place in a year, is expected to rise to $122 trillion by the year 2030 from the $37 trillion level in 2010. The report further forecasts that China will overtake USA by 2015 to capture the top slot and will keep on widening the gap to command about 17.4% of the total world trade as opposed to that of US at 8.2% in the year 2030. US is expected to slip further to 3rd place losing ground to the rising India before we reach the middle of the century. The biggest two trade powers in 2050 would be in the East rather than the west and those will be China at the top (trade estimated at $52.2 trillion) with India trailing at number two with almost half the size of China (trade estimated at $25.7 trillion). US, the crumbling giant, will, at the best, hold only one third of as much trade power in the world in 2050 as that of China and will trail behind India. In the new world order, by the size of trade, 2030 will see the West having lost its ground to the East and several of the Asian nations will have risen to the pinnacles of glory. Prominent among them are expected to be China, India, Korea, Hong Kong, Japan and Singapore. In other words Asia will occupy six out of the ten top slots and by 2050 even Indonesia will have joined this elite club with a big bang, elbowing its way up to the 6th place on the list of top 10.

By 2050, the only western nations, still expected to have their place on the list of 10, will be US at #3, Germany at 4 and UK at 10. By any stretch of imagination, this is going to be the biggest of the paradigm shifts since the WWII and will define the world for our next generations. So, for my grandchildren, Pakistan would be a country having more than one fourth of all the world trade taking place just across its borders on the East & North. The big question, however, is: what this change holds for them in its folds? Will they be just onlookers? The answers, if there are any, are not encouraging at all. We, as a nation, have yet to set the sail – what to talk of taking up the cudgels, facing the challenges head-on and assuming a respectable position in the new world order. The governance, as everybody says, is nowhere visible, the so-called power elite creates a lot more problems than they solve and an unholy alliance of nobility, clergy and privileged commoners, like the one seen in Christian Europe of the Mid level times, is playing quid-pro-quo aimed at looting and plundering to proliferate their personal interests which often conflict with the good of the ordinary.

In order to demystify the whole dilemma and to disentangle the problem that has assumed an epic magnitude, I divide the whole nation into three segments. One, a relatively small but extremely powerful, the ruling elite that consists of political, military and bureaucracy leadership joined by ranks in judiciary, intelligentsia and clergy. They are often found to work together, hand-in-hand, and even though, at times, giving impression of locking horns with each other on matters of public interest, most often it turns out to be a clever stratagem carefully choreographed for grabbing bigger share in the pie. They have invested heavily in terms of wealth, property, manipulative intelligence and even life (of their dear ones and many others) and, have thus converted the state into a beneficial enterprise. Therefore, they are never interested, in real terms, in bringing sanity and order to governance or establishing the much desired rule of law – something absolutely necessary to start off on the right path – establishing rule of law would mean drawing curtains on their personal gains, a proposition that they wouldn’t go for even in the wildest of their dreams. Second, the downtrodden masses who are, by design, kept illiterate, poor, without any worthwhile skills, knowledge or resources.

They, just under one half of the population, have actually started to believe that they have to live in the circumstances they inherit regardless of how the rest of the world changes. They, in most cases, live their lives on day-to-day bases, so, if today they get enough to eat they will immediately forget the hunger of yesterday. They are conveniently lured by short-term reliefs wrapped nicely in silken promises of the elite who, can then, easily buy their favors. Thus, they gleefully play into the hands of the elite sometimes only for a one-time nice meal. Their handlers would be happier if they are greater in numbers. Third is the middle class, the educated lot that has sustainable livelihoods in terms of employment or business. This is the only segment of the society that thinks of the change and aspires to see the state as: where justice is easily and quickly available; where there is peace and rule of law; everyone has equitable access to education and health; resources are abundant and – at the least – being whose citizens is not embarrassing in any manner.

This is the only segment of population that truly wishes that the things must change for the better, but, instead of making an attempt, to bring about the change they want, they choose to withdraw and sit back. They often talk about the bad governance, curse the rulers, criticize the systems and desire that the ruling elite must mend its ways and drive the state on the road to development, failing to realize that it would be self destructive for the elite so they would do everything to protect rather than change the system on which they prosper. If this remained the state of affairs our grandchildren will certainly be mere onlookers in the largest and busiest market place on the face of earth. Peace, prosperity and respect in the comity of nations are not the things that can be attained overnight so we can’t hope to get them in a jiffy. We need to toil long and hard and be willing to pay the price it takes, and most importantly, it is the educated middle class, who needs to take the lead and come out of the cozy comforts of their TV lounges – or else another big opportunity will be lost.