The Suffering Soul in the Scientific Age 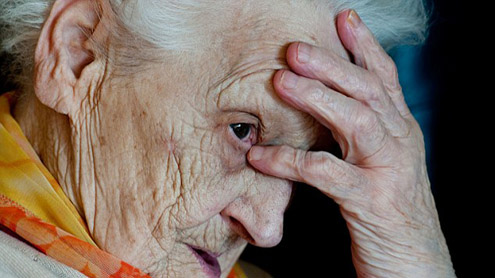 Human development has got progress in three lasting long phases, initially from theocratic to metaphysics to positivism or scientific age. Compared with erstwhile two ages, man of scientific age seems complete in all respects and acquired acme of success. He has excavated hidden treasures of nature. So far man of modern has twisted natural process at his own whims by changing topography of the land into to straight walking roads. Let us deeply peep into glories achieved by 21st century. It has earned multiple points at its credit promising unequivocally benefit to human society.

Such as Human Genome, World Wide Web, Solar Energy, Cellular Phones, Climate Change, Terrorism, Green Revolution, Multi national companies, and Social Networking etc are suffice to quote. In view of above credits of earned by scientific age, a number of perplexing questions lurk in my mind which needs timely explanation with apposite justification to be accepted wholeheartedly. For example, whether these all man-made bounties have really benefited equally to the people living in our society or we just enjoying numerically and getting pry of it in majority? Whether these all are short term benefits or vice versa? Whether these scientific bounties are blessing to the human, aquatic and nature or mean of gradual self destruction etc.

In addition, hundred of thousands of question are still getting birth by the passage of each moment, alternately. I believe and am stanch advocate that this scientific age on the one hand, is profoundly advantageous to the human society and on the other hand, there is a soul, suffering in the scientific age. Before debating cons, let us discuss pros of scientific age.  Science has revolutionized societies within no time. It has eased journey, connected disjointed places of world, deeply entered into the human body providing timely cure to born and unborn child. It has opened avenues of opportunities, vitas of mental approaches, awakened the human society from deep slumber of ignorance and cruelty, provided timely justice, it has changed the taste of sour diet and drink, it has ushered pleasure, peace and tranquility in most of part of the world.

Stated otherwise, it is an index of society leading towards desired satisfaction level. Every moment, there are new inventions ranging from medicine to electronics, space technologies to civil, nuclear and renewable technology, modern means of communication in order to explore the natural hidden truths, raising human level of cognizant power. In today’s era man is blessed with all modern amenities due to scientific advancement. Without such scientific blessings, life is nothing but charm less. Noted with surprising state, man has been able to have eyes to the blind, ears to the deaf and limbs to the crippled.

It has taught him art to soar in the sky without wings, cover kilometers without wheels and surpass oceans deepen dive. He enjoys easy life compared with his forefathers, does not have filthy taboos and shortsighted memory. He enjoys nature, fruits beyond seasons, get new life on daily basis with the help of modern facilities without gender, age and territorial discrimination. Many diseases have been eliminated and cured with number of surprising surgeries without feeling an iota of pain. Due to science, man has got wonders of life replete with novel ideas, inventions, innovations and interventions with legendary thoughts.  It seems science has unearthed man’s hidden talent and potential ensuring success without burning calories and using preparatory effort. Very surprisingly to share, man is booking plots over outer space, predicting anticipated weather and getting mastery over other living creatures.

Concluding first part containing evidence of positive aspect of science, it will not be exaggerate to advocate that Science, however, has been accelerating agonies to human societies. Apart from bringing uncountable blessings in the lives of human beings, it has also been resulting into human sufferings. These Suffering Soul because of scientific age, are beyond consciousness of man and paying horrible path beyond human control. Let me claim that man has been blessed with uncontrollable power to be attributed, simultaneously, it has bitterly been failed to give birth to wisdom and visionary approach, morality and modesty, courtesy and hospitality, pain for downtrodden human being and equipping man to fight man-made agonies.

It has enabled to create machines to run, but when these machines get uncontrolled because of any reason, man has to run. It has taught cooking delicious food making methods of full test and smell, but when man is getting glutton, it has to pay the cost of health instead of wealth. To have pleasure in life, he is turning cold into winter and winter vice avers. He is disturbing upper space which prim facile ushers uncontrolled floods and climatic changes.  It has given medicines, but man is unable to bear pain of flower falling from tree to his head. It has given energy to weak, but it has weakened the energetic society with excessive energetic stuff.

It has enabled to create aqua-water machines, but half of human society is unable to get half glass of pure water. It has enabled man to have shelter on moon and sky, but man has bitterly been failed to have sheltered life on the earth.   Today, man has learn the science of life, but unable to handle his soul. Today, easier the life and today nearer is the death. Today he has got atomic energy, but unable to utilized energy for his well being. In short, science has brought modern civilization to destructive civilization. If we keenly caste glance over nature’s untimely transformations, the modern society is having excessive terminologies such as global warming, floods, earthquakes, hurricanes etc which are glaring gifts of this scientific age.

Today, excessive consumption of drugs, edible and potable material, untimely cold and hot weather in kitchens, drawing and bad rooms have unbelievable comfort, but truly speaking it has swallowed lives, societies, social norms, values and beautiful customs of human societies. It has brought joint families into nuclear and nuclear to stem. Man is forgetting pleasure of reading, company, sympathy, love and ethnocentrism etc etc. When science has brought the man to the acme and unbelievable extent of advancement, it has also been carrying perils dragging the societies towards graveyards. So much so that the animal, aquatic and wild life is also disturbed because of pollutions of various kinds.

Man has forgotten power of his memory and started depending upon machine’s mind. He does not care his health-a-permanent wealth. Towards anonymous address, he has enveloped his modesty, humanity, normative life and sense of super creation. What to talk of scientific age, man is totally depending upon electronic gadgets, appliances and features and disfigured man’s immortal beauty. There are no qualms in accepting the fact that science is the biggest revolution ever happened to planet Earth. However, a normal human being has no idea to what extent has this field advanced today. Technology can actually harm society if one chooses to.

Competition between individuals, societies and companies can sometimes make our lives even bad to worst. When a city builds more roads, buildings, parks to attract tourists, the result is not nonchalant. Every thing is taken for granted without considering its pros and cons. Technology is making one so busy that we can’t even find time to think over our own destiny. I would conclude here the treatise with the perpetual quotation of renowned scholar, “I am reading war and peace, so that my sons can read navigation and economics, so that their sons can read music and poetry”. Please decide the age where we stand, we are heading way to…..and where we ought to have been.

(Fayyaz A. Soomro)
The author is essayist and freelance column writer.