Are we a Confused Nation or our Government is…. 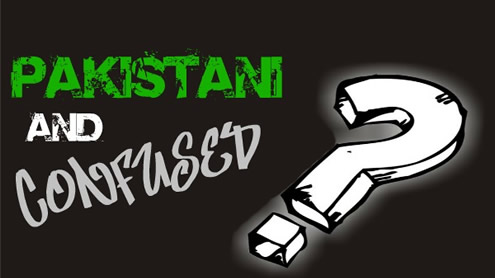 Talking on the current scenario of Pakistan nothing seems committed either Politicians or security institutions. Recently PAF Air Strike in the North-Waziristan Killed foreign terrorists including 33 Uzbeks and 3 Germans but yet nothing is clear who killed or not, no news on causalities of civilians.

Some of the politicians and civil society are of the view that it was not a proper decision of the Forces to strike from Air, either they are confused or want to confuse the nation. But on the other hand terrorists are not confused they are very committed they are doing their terrorist activities across the country where they wish to do they are doing so quit easily.

Government is also very confused they yet not even clear on one agenda that what is their policy, it seems a big confusion within Government circle. Why the Government is not giving their clear vision and agenda what is their policy either full strikes or a meaning full dialogue with the terrorists are they scared or confused. But if we talk about the nation they are not as scared as our government is. Hero of Hangu Aitazaz Hassan Bangash 14 year -old boy was not confused when he sacrificed his life to stop a suicide bomber  and SP CID Chaudhry Aslam was also not confused although he was warmed by the terrorist many times and had very serious threats  but he remained committed  with his work  but did not frightened from the terrorists. There are many heroes within our nation who sacrifices their lives in this war of terrorism.

Being Pakistani I am confident that our Arm forces are very much capable to control this terrorism but the big question is why they are failed to control. What I got the answer that Arm forces can clean up this mess  but  the coward and self-interested politicians can’t want this that Army do a full clean-up operation, because they are coward and frighten from the terrorists because they don’t want to leave their political status.

Is this democracy give the rights of the nation or make the nation strong, the answer is big zero.  Because this is not a real democracy this is Political Dictatorship which is worse than any other Dictatorship. These Political Dictators made this country on this stage and establishment up to some extend also because they did not stop them just to save their face image. Arm forces should also have to show their clear agenda that what is the realistic solution of this terrorism and have to give confidence to this struggling government that either they are with their point of view or they must have to inform the government that which way is the best way to clean the state from this terrorism.

We are a very brave nation and we have a huge potential in all fields of life the only need is we have to be very clear and committed on our National interest instead of personal interests and have to clean such idiots and self-proclaimed  scholars whose are confusing our nation that either this is our war or not. Government should have to show its courage and made clear one agenda that how they handle with this terrorism.

US says Syria Dragging its Feet’ on Chemical Weapons

US says Syria Dragging its Feet' on Chemical Weapons