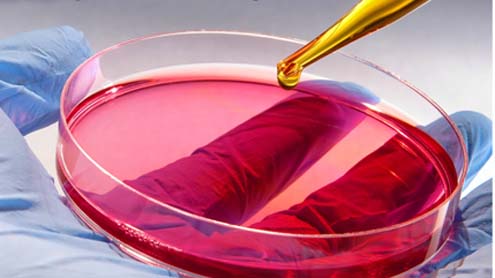 With the advent of penicillin in arena of treatment revolutionary advances to isolate, purify or synthesis of similar chemicals have taken place throughout the world.

Due to these efforts now we are with plenty of chemicals that are being used as antibiotics for curing the diseases. Out of these many antibiotics have been improved for their potential to kill bacteria and every passing year is adding new chemicals to this group of drugs.

Despite the beneficial implications of these chemicals, their use has also resulted into the development of antibiotic-resistant bacteria which has reduced the effectiveness of many antibiotics in the treatment of infection in humans and animals. Resistance is conferred by genetic mutations that are involved in the production of enzymes that degrade antibiotics.

The development of multiple drug resistant (MDR) strains of bacteria complicates these problems where bacteria are often resistant to multiple antibiotics. Methicillin- resistant Staphylococcus aureus (MRSA) can be found in marketed meat products and also in the general community. There are also reports about tuberculosis in human females, indicating development of MDR Mycobacterium sppdue to inappropriate treatment or low dosing by the self medicating patients.

The consumption of poultry meat and egg products causes infections in human by fluoroquinolone resistant campylobacter species. These infections are mild, self limiting diarrheal, but severe infection can also occur. Similar types of reports are also about a single isolate Shigelladysenteriae in Bangladesh.

Sub-therapeutic levels of antibiotic in broiler feed (to promote growth) result in resistant strains of bacteria in birds. Antibiotic-resistant strains of bacteria are mostly food-borne pathogens, including Salmonella spp., E. coli and Campylobacter spp andthese strains can be isolated directly from farm animals. Also, these resistant bacteria are excreted and discharge into sewage or soil and other parts of our environments. There are reports that resistant strains of salmonella are common in food animals. In United States 20% of poultry meat samples have salmonellae; where as other strains are found in chicken, pork, beef and shellfish. Salmonella enteritidis is mostly found in eggs. Salmonella typhimuriumis resistant to ampicillin, amoxicillin, tetracycline, sulphonamides and aminoglycosides.

The bottom line for on-farm antibiotic use is that poultry farmer strive daily to provide best possible management for their birds through superior genetics, nutrition, housing, and handling, but antibiotics are still needed to be successful. Optimizing animal health and welfare should lead to production of safe, affordable and abundant food which is critical to Pakistan food security. In Pakistan no conclusive scientific studies have been conducted to evaluate the use of antibiotic on farms and evaluation of bacterial Micro flora for the presence of antibiotic resistance. Lack of information on our part is not only jeopardizing the animal health and welfare, food safety and security but most essentially demonstrating the human health hazards.