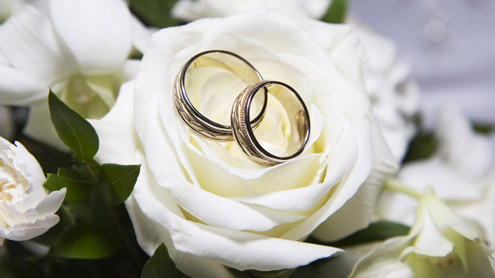 Marriages come with their own set of doubts and insecurities. May be you would have heard any story on a news channel, or maybe it has happened with someone who you know.

There are a large number of stories in our surroundings about how families have been fooled in the name of marriage and have lost the entire savings of their lives.

The statistics on marriages that broke due to different reasons including abusive husbands, infidelity of husband or wife, lies or frauds from in-laws, involvement of husband in criminal acts etc portray a horrible picture of our country.

The divorce rate has reached an alarming extent, it is because marriage is a delicate relation and a single lie completely cracks it. In 2012, 40,410 cases of separation were registered in the family court of Karachi city. Deception by the families in the name of marriage has become this much common that 2in 10 familiesare getting fooled by the prospective in-laws.

How People are deceiving each other in the Name of Marriage?

There are numerous cases that show that some marriage bureaus in Pakistan are just fleecing parents of young girls and boys. Many Pakistanis knock the door of marriage bureaus, and get fooled as a matter of routine. One such case happened in the Multan town-MuzzafarGarh, where a young girl was found to be involved in the fraud of marrying to 23 grooms. This girl actually belonged to a gang who was running a marriage bureau.

Parents in Pakistan are always concerned to find a perfect match for their daughters. They search for opportunities to marry their daughters to overseas Pakistanis with dreams of pleased future for their children, but they do not know that their lives may get worse than the tragic movies when their partners abandon them because of the involvement in some other girl or for being married already. One such case is that of Aqila, whose story got published in “The Independent” news portal of UK. Aqila’s British husband abonded her in Pakistan; she was only 18 when she got married. After two years of her marriage, her husband and father in-law forcibly took her to Pakistan without her newly born baby.

There is a case of a 22 years old young girl of Karachi, her parents fixed her Rishta with a man who claimed to be the managing director in the reputable organization, the girl and her family was all excited.  Sadly, all their dreams shattered when they faced the bitter reality after the marriage; the man was not at the job post that he claimed, this truth was revealed by one of his friends.

Another case is that of Zara- a 21 years old girl who also became the victim of marriage fraud. Zara got married and sponsored by her husband. As soon as she reached Canada, she realized that her marriage was based on complete frauds, lies and scams and her husband used her only to enter into Canada. Her husband-Ali was an uneducated person so he was not getting a chance to come to Canada with his fake degrees. Moreover, Zara found that her husband obtained his status of permanent residency by providing fake documents and incorrect information to Immigration and citizenship of Canada. Zara was completely disappointed from her husband and mentally destroyed from the lies of her husband, so she filed divorced.

In the list of these deceiving families, not only prospective grooms’ families are highlighted; however there are prospective brides’ families who deceive families of groom in the name of marriage. Yasir- a 35 years old man from Lahore, parents of Yasir got to know about the girl that he married via marriage bureau. Prior to this marriage, he did not get any chance to meet his bride-to be. Only after two weeks of his marriage, he realized that something is wrong with his wife, later he got to know from some of her relatives that the girl he married had a long history of Borderline Personality Disorder (BPD) – a psychological illness.

How you can save yourself from this Risk?

For finding a perfect match for a boy or girl, many attributes are factored like education qualifications, family background, and few basic attributes are also looked into by using secondary references of uncles, aunties, brother’s or sister’s friends etc. But, is it verified to be true or valid?

The aforementioned cases clearly show that it is better to be vigilant about the hidden truths, and only the proper pre-marriage screening can reveal those truths to you. With a pre-marriage screening service, you can uncover the truth and put forth a clear picture in order to take the right marriage decision.

POL sales increase by 11% in first half of FY14

POL sales increase by 11% in first half of FY14