Toothpaste: The Root Cause for the Decline of Muslims — Syed Kamran Hashmi 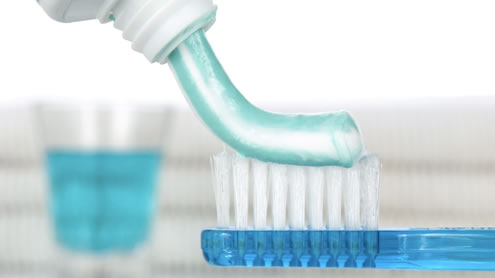 If you think it was formulated to clean your teeth, protect them from decay, revitalise their shine, improve the health of your gums, reduce the incidence of dental abscesses and save your life, then you are wrong.

You, like most innocent Muslims, have been misled, lost in the glamour, and blinded by the glare of western civilisation. The only exception is if the country of your origin is Pakistan. In that case, you won’t fall for their academic mumbo jumbo and ‘scientifically’ proven facts (thanks to our deep understanding of international politics). Here, even a five-year-old child, who cannot spell his name correctly, will be able to tell you the real reason for the development of such a ‘vicious’ compound. He knows it well that the west has always sought to attack the faith of the Muslims, and their devotion to Islam.

However, despite their best efforts, they have made limited progress in breaking that bond, attracting only a few followers. Now, with the help of toothpaste, they want to ensure their presence in every Muslim household; they intend to corrupt all Muslim children, plan to deprave every woman, and are determined to brainwash all adults away from the right path. In their opinion, toothpaste can guarantee their long term success, a scenario they believe would develop after the Third World War, in which the number of human beings killed would be in billions and the ones who stay alive would be just a few hundred.

According to their plan, only a morally corrupt and faithless Muslim should have a chance of being counted in that select group of survivors, and the truly dedicated followers should be excluded at any cost. Thinking way ahead, as early as the late 19th century, they anticipated the consequences of the Third World War decades before the first one had broken out. Armed with this knowledge, I went to the United States of America a few years ago.

My uncle, who lived in the USA for more than 20 years, and by the grace of God, hated everything about the country of infidels, received me at the airport. Even before we had left the building, he handed me a list of products that I could not use, under any circumstances, during my stay in the US. Almost all the toothpastes known to mankind were included in that list, except one that could be used with caution, as a last option. Besides the toothpastes, it also included shampoos, bathing soaps, facial creams, hair products and body lotions. Eatables, including most bakery products, could not be consumed, and eating in a restaurant was out of the question too.

I was duly alerted to the corruptive powers lurking behind the façade of refined sugar, which he thought was impermissible to be used as well. The only products that I was allowed to take home were fresh fruits, vegetables, milk, ice, flour, rice and cooking oil. This list was formulated by religious scholars of North America, who, after a tremendous amount of research, had determined that the compounds constituting these products could have pork ingredients in them. They were not sure but they had connected the dots, and the trail led to pig farms and animal origin-fat. They concluded that these products were not permissible. As my uncle shared this information with me, the onion of the west’s nefarious scheme was peeled in front of my eyes. I realised that had my uncle not given me the list that day, my whole body would have been polluted, which I thought was their original plan.

The following morning, I called one of the companies and spoke to their representative, inquiring about the origin of all the ingredients listed in their product. Just after the fifth ingredient — I think it was polyethylene glycol — out of the list of 40, she got defensive and behaved as if she had no idea what I was talking about. I had anticipated this kind of behaviour from the outset, realising that the front person of these corporations would deliberately be left in the dark about the company’s master plan. I was not the one to let her off the hook that easily.

Thus I continued to insist on getting more details. Audibly shaken by my questions, she finally transferred me to her supervisor, who then transferred me to another department, and then I was referred to another, until I hung up. Everyone, from their research department to their marketing specialists, said they had no way of confirming the origin of every ingredient of their toothpastes. They claimed that the process of obtaining the ingredients was complex, involving the cooperation of multiple smaller companies, and was handled by various departments within the organisation. I knew they were lying. However, this was enough for me to read between the lines, which said: every product is ‘contaminated’ till proved otherwise.

Even though modern toothpaste was most likely invented for the first time in the ninth century by a Muslim polymath, Abul Hassan Ali Ibne Nafi, also known as Zaryab, his invention was stolen by a US scientist, Dr Washington Sheffield, in the late 19th century, who developed it in the modern collapsible form. I believe that was the time when the US government, along with its ally, Colgate and Company, launched their joint venture to corrupt the Ummah by making their product commercially available, and introducing it in every Muslim household. Their plan has succeeded. In the name of toothpaste and cleanliness, they have poisoned our souls. Their first victim was the Ottoman Empire after the First World War, as mentioned earlier, and their last target is going to be Pakistan, the fortress of Islam. We should, therefore, to protect our faith, stop using all products that they claim are developed for ‘hygienic purposes’. -Dailytime