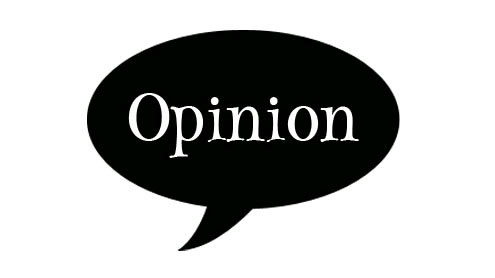 Holders of the highest offices in the land have proved to be intellectually dishonest, morally compromised, and some even downright corrupt

Hypocrisy, according to the Oxford dictionary, means ‘the assumption or postulation of moral standards to which one’s own behaviour does not conform’. Sounds familiar, does it not? Hypocrisy is the prevalent culture of our ruling classes (civil and military ), the upper class, the so-called ulema, the media bosses and senior media personnel, bureaucrats and all those in high places. There of course are exceptions, but unfortunately the exceptions prove the rule.

Mediocrity is defined as ‘the state of being second rate’. Due to a deliberate policy, pursued by each and every successive ruler without any exception, education has been denied to a majority of the population and its standard kept so low that many graduates are not even fit to find clerical jobs. Pakistani degrees, except for a very few institutions, are not accepted in the world. A culture of ignorance and illiterates has been allowed to develop and an educational non-system exists, which does not create a challenging environment but instead encourages cheating and corruption is endemic. The disease is highly contagious as many of those young men and women who return home with noble intentions and open minds and a foreign degree fall into this prevalent culture after a while. A majority of the bright ones never return knowing well that their country cannot offer them a suitable career and an honest lifestyle. Therefore, by and large, we breed mediocrities who then need to be a part of a culture of dependence and are easily misled in order to get ahead in life; short cuts, circumventing the law, nepotism and corruption become the tools of trade.

Religious hypocrisy is the most common form of abuse practised widely. Lip service is paid to the lofty ideals and teachings of Islam; political positions are justified through religion; flip flop maulanas keep changing alliances for the sake of power; politicians own chateaus and Mayfair properties through ill gotten wealth and are defenders of the faith. Many are self-styled ulema with little knowledge of Islam but a greater ability in getting ahead, the elite and the upper classes perform Hajj and umra frequently while maintaining an opulent lifestyle, exploiting the people and evading taxes. The media has in the past few years developed a money-making racket in the form of Ramzan shows on major TV channels, which have little to do with the sanctity and simplicity of our holiest month; not to forget that most of the above are unprincipled, corrupt , tax evaders and some are even criminals.

The media has a great responsibility in any society and particularly in a society like ours where illiteracy is high and knowledge is limited, where democracy has yet to take root and the people still have to learn how to exercise their rights. TV has a major role in educating and developing the abilities of its audience. Over the last few years the ratings race is destroying the quality and content of many a show and anchors are becoming untouchable stars who can do no wrong. Larry King’s departures and arrivals are not reported in the US newspapers but some of our anchors find back page space for their return home! Corruption is an issue in the media too but they pose as if they are holier than thou. Corrupt practices can be of two types: one would be pressurising media bosses through substantial advertisements to carry or suppress news and the second would be buying favours from individual journalists/anchors.

The Ramzan shows depict palatial sets like Mughal mahals glittering with gold and silver, anchors wearing designer clothes with rich embellishments and some poor people dazzled by this opulence and stunned in disbelief looking on knowing they would never again experience this world. Our Prophet (PBUH) led a life of poverty and complete simplicity. Ramzan is the month of prayer, forbearance and dedicating oneself to God. Charity in Islam is a private matter, not something whereby the receiver’s plight is flaunted for all and sundry, which looks like a cheap gimmick. Prophet Muhammad (PBUH) is the greatest man that ever lived and is known for his character and his teachings, not for his clothes or his palaces. There are hardly any serious or scholarly discussions on the teachings of Islam or the character of the Prophet (PBUH). Many Naats are presented but most of them are limited to the desire to go to Madina, a popular subject to attract the greatest response from a captive audience. Great poets have written outstanding Naats on various aspects of the Prophet’s (PBUH) life but these are hardly recited. All these shows are just too superficial and a pseudo attempt at portraying Ramzan. They were more like glittering entertainment galas for financial gains under the garb of religion. Unfortunately, hypocrisy was writ large all over them, and mediocrity too. A couplet of Iqbal Azeem would be apt: Chiraghon say hogi bhee tau kitni raushni hogi/Dilon ko noor bakhsho ta kay such mooch ka ujala ho.

Except for Professor Abdus Salam, Maulana Sattar Edhi and now Malala Yousazai, how many other outstanding people has this country of 180 million produced in 65 years? I mean people who have attained international acclaim and have touched the lives of millions of people. None. I do not know of any others. After Jinnah there has not been a single ruler whom one can call a statesman, a visionary or even motivated in the public interest. Z A Bhutto came close to being one but he became a victim of his egocentric feudal mentality, which destroyed him first politically and then took his life. There are no geniuses coming up with inventions or economic solutions or literary works. There are no thinkers or philosophers of international repute. There is only one genuine business house with over a billion dollar turnover. Large scale industries do not exist when managerial levels are mediocre and workers are illiterate. The country’s economy is failing due to a string of mediocre and self-centred rulers and the absence of economic managers who are capable of out of the box thinking.

Principles have been thrown out of the window. Whenever you hear of a politician changing parties or a political party makes up with another political party after years of accusing and abusing each other, the straight faced answer is that “politics is the art of the possible”. The person who coined the phrase must be often turning in his grave as Pakistanis have given it a new meaning by including criminals and anti-democratic forces in what was envisaged as a gentlemen’s game. How many examples can one quote of members of parliaments in the west or even India defecting from one party to the other even once in their political life? I am sure that the number is quite insignificant in each country, while it is the norm in Pakistan. Alliances are made and broken with great ease because principles are not involved. Attainment of power and/or monetary gain are the object. Is this not hypocrisy?

Holders of the highest offices in the land have proved to be intellectually dishonest, morally compromised, and some even downright corrupt. A president made numerous promises to the nation for holding elections in 90 days but did not do so for years. Then he coerced the courts to murder a prime minister, and finally left a legacy of violence and the drug mafia; and all this time he posed as a staunch Muslim and punished his opponents by whipping them. A future prime minister’s party was created and financed by the ISI. Then the forthcoming election was rigged in their favour for which an ex-army chief and ex-ISI chief were recently indicted by the Supreme Court. In all democratic countries, when a politician is accused of wrongdoing or even errs in the discharge of his duties, he or she invariably resigns immediately even before anything is proved. Not so in Pakistan. I cannot recall any voluntary resignations. I do not count Justice (Retd) Fakhruddin Ebrahim as he has certainly not been accused of any wrongdoing nor is there any other reason given. – Dailytimes

Tariff increased by up to 74pc: Power shock for Business and Industry

Never mind the Food you Eat... what you Drink could be Making you Fat