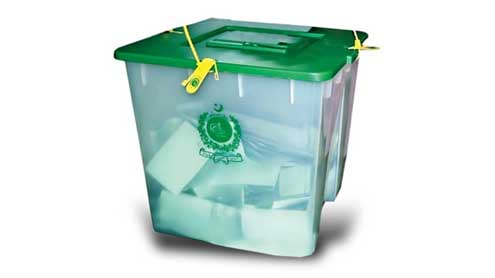 Elections are the hallmark of democracy and they determine the people’s aspirations about their rulers. However, in case of Pakistan, elections were not always up to the desired standards.

That’s why the elections of 2013 are of great importance because it is for the first time that a smooth power transfer is going to take place and in conformity with the constitutional injunctions. And, above all, the political parties seem mature in their approach towards the nation. Role of PML-N and PTI as the major opposition parties is going to be significant.

Elections are the backbone of democratic societies and are representative of citizens’ opinion about their rulers. In countries like Pakistan, the elections’ history is not too pleasant and we have seen bloodshed, application of corrupt practices and, above all, non-credibility. After the fall of President Musharaf, the true democratic process has been taking roots in the Pakistan. After the Bhutto’s regime, the government of Pakistan People’s Party is the first who has completed its tenure without premature fatal interception by non-politicalforces.

The role of other political parties has also been in line with democratic norms and values. PML-N and PTI emerged as the leading political parties on the spectrum. This strong opposition, although not in coalition, can be regarded as the reason which kept the federal and provincial governments alert and functional. And it was only after the completion of the constitutional that the Government was dissolved on 16th of March. The onus is now on the Independent Election Commission of Pakistan to strengthen the democratic values and complement the democratic process through execution of the election process in a most credible manner.

The first and foremost challenge to the coming elections is the deteriorating law and order condition of the country. Justice Fakhruddin Ibrahim, the Chief Election Commissioner,is  himself reported to have said that the worsening situation of the law and order of the country is posing serious threats to the coming elections. This is one of the reasons that he paid visit to Karachi with the DG Rangers and senior police officials. PML-N, PPP and PTI seem major stake holders in the coming elections. The issue of caretaker Prime Minister has been resolved and soon we will be having a small caretaker cabinet at the centre.As for the political progress,noticeable is the rising stature of  PTI-Imran Khan that is likely to pose a  formidable challenge to the status-quo of the Pakistani politics.

Another potential threat to the democratic process of elections is the making and completion of the voter’s list. Last time, there were more than 30 million votes which are reported to have been fake. In this regard, the Supreme Court has ordered to make new voters’ list which will be according to the judgment of Supreme Court. This time, according to orders of Apex court, due attention has been given to the making to voters’ lists. On Tuesday, ECP has announced that the 84 million voters have been registered.

Since democracy is a culture rather than process, so the coming elections would serve as a source to speed up the evolutionary process of democracy in the Pakistan. This time we can see the political maturity of the political parties like PML-N and PTI. Both these parties emerged as the preferred parties in various surveys and polling reports. This is the beginning of the flourished democracy and can be regarded as the milestone.

The trend of transparent elections can be set for the coming elections. As said by FakhruddinIbhrahim, the elections of 2013 would give impetus to the people’s belief in democracy and democratic institutions of Pakistan. Free and fair elections of 2013 will be the signal of future free and fair elections representing the aspirations of the people. People of Pakistan are politically charged as we can see the participation of youth in the political process of the country under the leadership of Imran Khan. This is a positive trend. The petition of the Imran khan to eliminate o fake voters and making of new voters’ list are the potential signals for the smooth democracy in the Pakistan.

This is the first time when the scrutiny process of the candidates is prolonged and is taking place under serious supervision. This is the setting of new trends in elections in the Pakistan. Like the judicial activism, the Election Commission of Pakistan’s activism would serve as the future bridge to the transparent elections. Nomination papers will be accepted from 25th of March to 31st. 7-days would be preserved for the scrutiny of the papers then a period of ten days would be set to settle the issues regarding nomination papers.

The legacy which would be set by the coming elections would set a positive trend for future. The international media and community are taking interest in the elections of 2013 in Pakistan. Vigilance is the price of liberty and the people of Pakistan seem vigilant this time. However, they are expecting a constructive role of Political Parties, establishment, ECP and the interim machinery so that the legacy of free nation and free people can be set in order to ensure the prosperity of the Pakistan. – Arslan Waheed