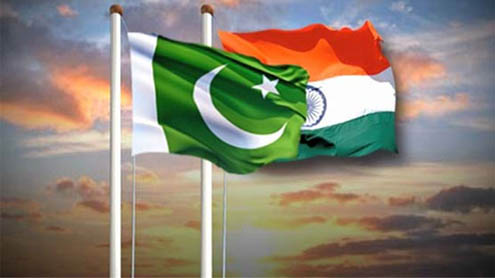 The slowing down of the Indo-Pakistan normalisation process has gone unnoticed at a time when public attention in Pakistan is focused on pressing internal issues and the upcoming elections.

A cooling in bilateral relations has been evident in the last couple of months. This reinforces the start-stumble pattern of diplomatic engagement that has long characterised the relationship.A combination of factors has contributed to slackening in the pace of normalisation. They include recent incidents across the Line of Control in Kashmir, onset of the election season in Pakistan and the consequent wait-and-see stance adopted by the Indian government, also under mounting political pressure ahead of its own elections.

The ‘pause’ in diplomatic engagement between the two countries is thus the outcome of several factors. But it set in when certain steps were taken by India after January’s border clashes to make good on Prime Minister Manmohan Singh’s declaration that it could no longer be business as usual with Islamabad. Delhi cancelled a meeting between the water secretaries of the two countries scheduled for the last week of January. It also suspended the visa liberalisation agreement signed last September with no new date set for its implementation. Cultural events involving Pakistani artists in Delhi were called off while India’s sports authorities sent back Pakistani hockey players. While trade and travel across the LoC, halted by India on January 10 was later revived, the cooling in relations was perceptible.

Most significantly the third round of the composite dialogue stalled.  No dates were set for the series of meetings on the eight point agenda that constitutes the dialogue process. Only on one of these issues was a meeting convened, and that too before the LoC stand off. The commerce secretaries met in Islamabad on 20-21 September 2012 to open the third round of talks.The fact that five months after this, dates have not been agreed on the other segments of the dialogue indicates that normalisation efforts are at a standstill.

The Foreign Ministry recently conveyed to the Indian envoy in Islamabad that there was a growing perception that the peace process was slowing down and this urged finalisation of dates for the third round. The response from Delhi was that this would now have to wait till the end of parliament’s budget session, which means May.Meanwhile, Pakistan too delayed conferring the formal status of Most Favoured Nation to India. For over a year Islamabad had indicated it would grant India MFN status by the end of 2012 once its concerns over India’s non-tariff barriers (NTBs) were addressed and domestic consensus built to support this step.

In September 2012 three Memorandums of Understanding were signed by the commerce secretaries, which sought to meet some of Islamabad’s concerns on India’s restrictive trade practices. But lack of adequate preparation by the government on MFN meant no internal consensus was built and this became the key reason for delay. In a cabinet meeting in January, Prime Minister Raja Pervaiz Ashraf is reported to have asked why the MFN decision had not yet been implemented. He was told that three key stakeholders – agriculture, textile and other industry groups – had   serious concerns and reservations on pressing ahead because India’s more restrictive import regime failed to provide them a level trade regime.

In a subsequent meeting at the foreign ministry, representatives from the concerned ministries reiterated that these three stakeholders had not been consulted. With elections looming, the government was not going to risk alienating key economic sectors or provoke political controversy by pressing ahead on this front.The onset of the election season in Pakistan is another reason for the diplomatic pause between the two countries. While elections in India are not due until 2014, the political scene there is also heating up with the opposition Bharatiya Janata Party (BJP) already in aggressive campaign mode. Electoral politics in both countries will likely slow down the momentum of the past two years and limit the chances for significant progress in the months ahead.

Even so both countries have a mutual interest in keeping normalisation on track, however slow and incremental this might be. For Pakistan, it is important to continue with efforts to stabilise relations with India. To pursue that objective Islamabad also has to consider what is the best diplomatic strategy to follow that yields results – not just more process – on issues of priority for Pakistan. This, however, will now be a task for the next government to undertake. – KhaleejNews