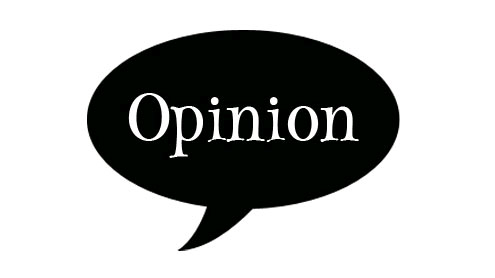 THERE WAS a time when diaries, calendars and fountain pens made for great corporate gifts. As kids, we eagerly looked forward to our father to bring them home at the beginning of the year.

Sometimes there was such a surfeit of stuff that the diaries were used for practicing school composition and hand-writing, and every room in the house had a calendar for decoration. The pens were kept in safe custody and handed out on special occasions such as exams or an essay-writing contest in school.

Those were the times when the compliments, as we fondly called them, were innocuous gestures that acknowledged goodwill between business associates. They were just part of corporate camaraderie, and to some extent a promotional tool for the brand, that was accepted and reciprocated, almost like exchanging sweets on Diwali, Eid or Christmas.

But things have changed! We are a month into the New Year and I don’t have a calendar on my walls yet. Since I have no major use for diaries and pens, thanks to the superfluity of gadgets around here, I don’t rue their absence. But I miss the calendars. It is not that compliments have become an outdated concept, it just that they are not anymore what they used to be – simple gestures of business goodwill. Corporate gifts have now gone high tech with tabs, smart phones and the like going out to clients and customers, making the giveaways look more inductive and influential than appreciative.

The methods of complimenting these days are so lofty that it makes one suspect the purpose. Is it more to entice than to encourage? Does it play on the agenda of buying people out, rather than paying tribute to their association? Is it for securing prospective deals than to build relationships? No matter how covert the agenda, it is hard to ignore it. Let us accept it — showing the carrot is not a new human tendency. It is just that we have discovered discreet ways of doing it.

Cynical as it may sound, yet much of what we give is for winning favours in return than out of a generous spirit. It is a deeply entrenched habit in us, which we have now converted into a tradition. We promise our children presents if they excel in  exams, we buy people gifts so that we stay in their good books, we tip the cleaner at the carwash so that we get more than the customary service…Why, we even turn the cartoon channel on to induce our toddlers into eating or allow an extra hour of PS3 to our boys and a day out for our girls if they do our bidding.

Knowingly or not, we have cultivated a character that looks for shortcuts to achieving goals. We have now found better backhand strategies for clinching deals and seeking favour. When it is open and naive, we call it a compliment. When it is clandestine and devious, we call it a bribe. When we do it in our private circles, we call it a token. When it is done in the public domain, we call it kickbacks. And when the proportions are big and scope is infinite, we just brand it as corruption.

The concept of giving and taking is too complex to understand. It is tough to define what is fair and what is unscrupulous, for there is a huge grey area in between. What probably determines its moral standards is the intention that drives the act. Often the intention is less than complimentary and charitable. Just as bitter is the truth that there are no friendships without self-interest, there are probably no giveaways without an agenda. It would be silly to imagine that it is all out of love and kindness, for believe me, there truly are no free lunches in this world! – KahleejNews