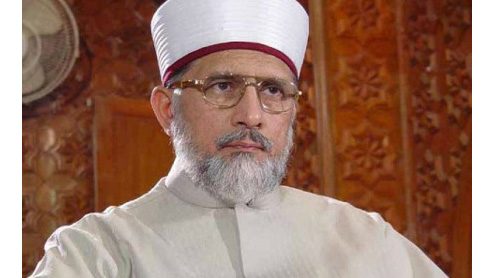 ISLAMABAD: Islamabad has brokered an end to a protest challenging its rule that paves the way to historic elections, but rising violence in the weak nuclear-armed state is still a threat, analysts say.

After another week of profound instability, Pakistan’s civilian politicians are arguably more resilient than ever, credited with averting fears of a rumoured military-judicial plot to subvert a democratic transition of power.Charismatic preacher Tahir-ul Qadri brought the centre of Islamabad to a standstill for four days in the largest rally seen in the heavily guarded capital for years, but retreated overnight after winning few concessions.

Qadri secured only a vague date for parliament to dissolve by mid-March and a promise that he would be consulted on the appointment of a caretaker prime minister in the run-up to polls, as well as a 30-day period for candidates to be screened.“We are moving in the right direction. It shows Pakistan is not as fragile as people think,” said political analyst and retired general Talat Masood.

It fell far short of his call for an Egypt-style revolution and the immediate collapse of the government to make way for an administration of technocrats to introduce sweeping reforms before elections. For the moment, an order from the Supreme Court to arrest Prime Minister Raja Pervez Ashraf over corruption allegations has been left hanging and even if he is detained, he can continue on the job until and unless he is convicted. President Asif Ali Zardari’s government looks more certain now of holding on to become the first civilian government in Pakistan’s history to complete a term in office and achieve a democratic transition at the ballot box, by mid-May.

Analysts and newspapers fell over themselves to congratulate politicians for showing maturity and uniting against Qadri, regardless of the lack of evidence that the military was engineering a fourth coup from behind the scenes. “This time we surely have moved on,” Raza Rumi, director of policy at the Jinnah Institute think tank, told AFP.“Because all political parties that have a stake in the democratic system stood together and resisted the attempt to derail the constitution. And that is a major development in the Pakistani context,” he told AFP. But Qadri’s protest also underscored deep frustrations.

The economy is in a worse state now than when the government was elected in 2008, Taliban attacks are on the rise, Shite Muslims are suffering record levels of violence, as is Karachi.Appalling gas and electricity cuts are getting worse, making the lives of millions of people unbearable and hammering industry.Educated Pakistanis, men and women, are increasingly fed up with a corrupt elite that seems either unable or unwilling to stem the violence, and provide jobs, an adequate education and public health service.

“The four-day dharna (sit-in) has brought to the fore the widening political, social and economic fissures in our society,” wrote author Zahid Hussain in Dawn newspaper, warning that the reverberations would leave a deep impact. Islamist militancy and ethnic and political tensions in Karachi, where the Taliban on Friday claimed the killing of a secular lawmaker from the dominant party, all raise the prospect of a bloodied election.The military, which is still dominant in foreign and security policy, is also in flux. Army chief Ashfaq Kayani, a key US ally who was humiliated by the 2011 raid that killed Osama bin Laden, is to step down this year.

“Foreign powers view Pakistan as a nuclear weapons state, a country which is unstable facing political uncertainty,” said political analyst Hasan Askari.“Further chaos cannot be ruled out. The government wants to hang on. But they have no capacity,” he warned.Further afield, fledgling peace gains with India have appeared under threat over five killings in the deadliest cross-border violence in Kashmir for years.

Pakistan has recently been praised for playing a constructive role in peace efforts in Afghanistan, but concerns remain in Delhi, Kabul and Washington about support for Islamist militants, harboured by elements in the military. And as US troops leave Afghanistan in 2014, there is uncertainty about a potential spillover of violence into Pakistan and Pakistan’s role as traditional supporters of the Taliban in a country, where it fears rising Indian influence.“The next two years are likely to be bad for the region,” said Mutahir Sheikh, professor of International Relations at Karachi University.He said the United States would be watching closely and counselled Pakistan to pursue a policy of non-interference in Afghanistan.“It has already lost a lot. It cannot afford further losses on this,” he said. – DailyTimes