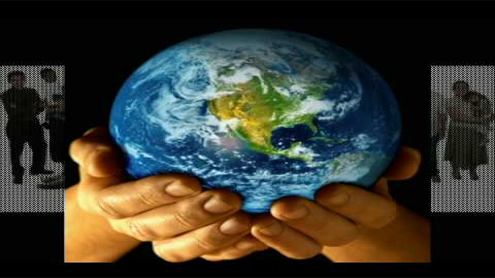 One fateful question for 2013 is this: What happens to globalisation? For decades, growing volumes of cross-border trade and money flows have fueled strong economic growth.

But something remarkable is happening; trade and international money flows are slowing and, in some cases, declining. David Smick, the perceptive editor of ‘The International Economy’ magazine, calls the retreat “deglobalisation.” What’s unclear is whether this heralds prolonged economic stagnation and rising nationalism or, optimistically, makes the world economy more stable and politically acceptable.

To Americans, some aspects of deglobalisation will seem delicious. Take manufacturing. Globalisation has sucked factory jobs from the United States. Now, the tide may be turning. Just recently, Apple announced a $100 million investment to return some Mac computer production home. Though tiny, the decision reflects a trend.General Electric’s sprawling Appliance Park in Louisville, Ky., once symbolised America’s post-World War II manufacturing prowess, with employment peaking at 23,000 in 1973. Since then, jobs have shifted abroad or succumbed to automation.

But now GE is moving production of water heaters, refrigerators and other appliances back to Appliance Park from China and Mexico. Year-end employment is reckoned at 3,600, up 90 per cent from a year earlier, writes Charles Fishman in an excellent article in December’s Atlantic.Nor is GE alone, Fishman notes. Otis is moving some elevator production from Mexico to South Carolina. Wham-O is shifting Frisbee molding from China  to California.

The changes are harbingers, contends the Boston Consulting Group (BCG), which predicts a manufacturing revival. China’s labour cost advantage has eroded, it argues. In 2000, Chinese factory wages averaged 52 cents an hour; but annual double-digit percentage increases will bring that to $6 an hour in high-skilled industries by 2015. Although wages of US production workers average $19 an hour, BCG argues that other non-wage factors favor the United States. American workers are more productive; automation has reduced labor’s share of expenses; and cheap natural gas further reduces costs. Finally, higher oil prices have boosted freight rates for imports.

By 2015, China’s overall cost advantage will shrivel to seven per cent, BCG forecasts. As important, it says, the United States will maintain significant cost advantages over other developed-country manufacturers: 15 per cent over France and Germany; 21 per cent over Japan; and eight per cent over Great Britain. The United States will be a more attractive production platform. Imports will weaken; exports will strengthen. BCG predicts between 2.5 million and five million new factory jobs by 2020. (For perspective: 5.7 million manufacturing jobs disappeared from 2000 to 2010.)

Because the United States is the world’s largest importer, this shift would dampen trade. Similarly, cross-border money flows (‘capital flows’) have abated. Banks, especially in Europe, have reduced foreign loans to ‘deleverage’ and strengthen their balance sheets. From 2011 to 2012, bank loans to 30 ‘emerging market’ countries fell by one-third, says the Institute of International Finance, an industry group. “It’s the most decisive case of ‘home bias’ [in lending] being re-established,” says economist Philip Suttle of the IIF. Government regulators encourage the shift, he says, suggesting that “if you’re going to cut lending, cut there and not here.”

Of course, globalisation won’t vanish. It’s too big and too entwined with national economies. In 2011, total world exports amounted to nearly $18 trillion. The same is true of capital flows. Despite banks’ pullbacks, those same 30 emerging market countries in 2012 received an estimated $1 trillion worth of investment from multinational companies, private investors, pensions, insurance companies and other lenders—a still-huge total, though down from its peak. But globalisation’s character may change.

For years, the world economy has been wildly lopsided: China and some other countries ran big trade surpluses; the United States was perennially in massive deficit. Similar imbalances existed in Europe. Now, slumps have dampened the American and European appetite for imports. The upshot is that “China and others are recalibrating their export-led economic strategies” to focus more on domestic demand, argues economist Fred Bergsten of the Peterson Institute. That’s good, he says; the world economy will be more balanced. Likewise, erratic capital flows have triggered past financial crises. Slower flows may promote stability.

Not everyone is so optimistic. Smick of The International Economy sees globalisation as “the proverbial goose that laid the golden eggs.” The search for larger markets and lower costs drove investment, trade, economic growth and job creation around the world. That’s weakened, and there’s “no new model to replace it.” Domestic demand will prove an inadequate substitute. Central banks (the Federal Reserve, the European Central Bank, the Bank of Japan) have tried to fill the void with hyper-easy money policies. Smick fears damaging outcomes: currency wars as countries strive to capture greater shares of stagnant export markets; and burst ‘asset bubbles’ caused by easy money. – KhaleejNews