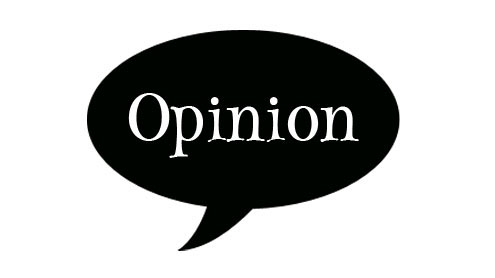 When push comes to shove, voters are least concerned about anything beyond their own individual agendas, which also keep changing.

“The World Bank and the Clinton Administration did not question the right of Saudi Arabia to use its oil revenue to enrich a corrupt royal family” — an extract from Private Empire by Steve Coll.

The above quote has nothing to do with today’s topic, or maybe it does. While reading through an otherwise well researched and absorbing account, this particular sentence piqued sensibilities. From the eyes of western authors, it would appear that everyone on the other side of the world and not practising democracy has to be corrupt; perhaps a wee bit egocentric way of thinking. Notwithstanding the perspective of the scions of the subject royal family in this specific example, assuming they came across it in the first place, this particular attitude brings forth a novel definition of corruption. Everything they do is business as usual; everything that others do differently is corruption.

Some day and that day may not be far, when the world’s corruption index will also take cognizance of the absolute amount of wealth destroyed by the service sector, the consequent ranking thereafter will surely be amusing. But as far as rankings go, corruption does not figure in the top bracket of electoral issues for Pakistan. This might appear as a fleeting statement to the disappointed majority whose very survival is linked to that particular political entanglement, but this messenger has many a times already pointed out that the emperor is naked. A problem without a solution is a fact.

As asserted on many occasions in previous articles, an opposite perspective generally provokes new thought, so without further ado, let’s just mosey along. Recalling last week’s closure, the goal today was to embark upon the key issue facing Pakistan with a view to crystallise all real electoral issues in subsequent deliberations. An idle mind, however, is definitely a devil’s playground.

Gathering dust in Pakistan’s largest city, devoid of communication, courtesy security threat, the only solution for boredom was the idiot box. Bombarded by political activities and analysis prevalent on the electronic media, the cerebral wheels churned eventuating a frightening outcome. This debate is as at best academic, at worst a total waste of time.The situation might have been manageable if the electorate had only been uninformed or unable to fully appreciate the real issues, but it is downright unrecoverable when the voters are unconcerned.

At the outset, the time and energy at the disposal of the masses to attend political gatherings or jalsas, as categorised in normal parlance, is a huge mystery. What exactly are the perceived benefits in the eyes of the beholders of such spectacles defies logic. The rhetoric and Oscar-worthy performances seem to sway voter sympathies irrespective of mostly being replays, and note that this is a global phenomenon and has nothing to do with literacy. If he isn’t looking and talking good, no matter what he says, he just won’t get the vote!

The critics will quickly retort that this kind of direct interaction is necessary to appraise the masses about each candidate’s position on issues. Exactly the point, which issues? As established in earlier reflections, even literate societies are unable to appreciate the significance of modern economic and geopolitical issues or understand the impact of policies proposed by candidates thereupon. To venture a guess, in most cases the populace might even be struggling to identify the very difference between two policies. Ever wonder why popular movie actors enter politics? Could it be because they excel in acting?

But hang on, apparently even all this jazz has nothing to do with hardcore voting. When push comes to shove, voters are least concerned about anything beyond their own individual agendas, which also keep changing. This bottom up approach is poles apart from the top down approach necessary to elect the appropriate national leadership.

Finally, as if unconcerned and clueless voters were not bad enough, the situation is further complicated by them being misinformed. “A man is morally free when…he judges the world, and judges other men, with uncompromising sincerity” — George Santayana. With all due respect to Mr Santayana, this is an abstract concept of morality, for outside of a crowd hardly any have the courage or the inclination to speak their heart out. Substituting seasoned journalists and analysts with rumour mongers, some of whom appear intensely credible, the picture appears completely distorted. Will an election be held in the foreseeable future? As distrust escalates, the divide between reality and fantasy becomes completely hazy, raising doubts about who is actually driving the process and why.

There are those who believe elections are an investment rather than an opportunity for public service motivated by a selfless objective to do good for the rather naïve and gullible populace. Broadly looking at the costs of last elections in the world’s oldest democracy, at least popularly projected thusly, there is perchance a need to revise the dictum coined above. If he is talking and looking good and has money to burn, irrespective of what he says, he will get votes.Admittedly certain things are priceless, but to venture an educated guess, votes are not amongst them. Avoiding a protracted debate on what money can or cannot buy in an electoral process, let’s pragmatically conclude that a silver lining is currently missing from the cloud of the voting whammy.

Having circled back to square one, the pessimist, at this stage, most likely will dwell upon the worst scenario: the debate on real issues is a waste of time. Being an evergreen optimist, an academic discussion sounds intriguing and some day in the future might even form the basis of an election. A clarification: elucidating the context of the debate was necessary to inculcate a sense of purpose, consequently making it more meaningful. Modest academic objectives guard against any delusions of grandeur. With this unobtrusive agenda at hand, let the games begin.

Which commodity is the driver of economic growth, is the catalyst behind the wealth of nations, is the undercurrent behind modern history, is the business of the world’s largest corporations, is the primary enabler of economic activity, is Pakistan’s largest import, is Pakistan’s primary source of energy, and is something the leadership never focused upon? Oil or rather oil equivalents. – DailyTimes