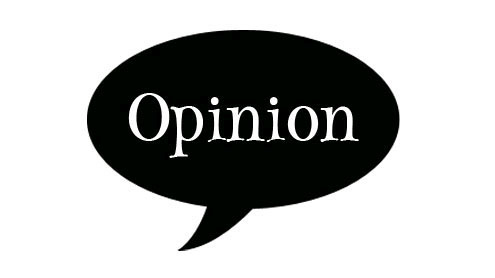 There are a good number of politically active people who believe that the elections would not be held in 2013 and a military-superior judiciary combine will install a long term interim government of technocrats, professionals and non-partisans.

This interim arrangement will cleanse the state and society of mismanagement, corruption and work for retrieving the faltering economy by efficient administration and accountability.This scenario is similar to what some people argued in November-December 2011 that the Senate elections would not be held in February-March 2012 because the military, angry with the PPP-led federal government on the memo issue, would knock it out and install a government of its choice. These rumours crumbled by the end of January 2012 and the Senate elections were held in routine.

The slogan of accountability and effective administration has been used very frequently in the past but no government, civilian or military, fully succeeded in achieving these objectives. Often, accountability was used for targeting political rivals. In Pakistan, corruption is not limited to those holding key political offices. Corruption pervades the society in varying degrees and it cannot be eradicated simply by punitive measures by a non-representative government in a year or two. You need a sustained effort on a regular basis by those who enjoy the confidence of people.

Pakistan’s increased un-governability and proliferation of societal formations make it impossible to manage its affairs through non-representative and bureaucratic setup. Such a government may not last beyond six months. Most political parties and groups will oppose such an arrangement.There is no constitutional provision for an extended interim government. However, the major political parties can agree to set up such a government by following the constitutional procedures. In this case, the government cannot be selected from outside the parliament. Therefore, professionals and technocrats may not be in a position to assume power for an extended period through constitutional means.

The constitution provides for extension of the tenure of the national assembly for one year by the vote of the parliament after declaring a state of emergency in the country. The constitution is silent about the extension of the tenure of provincial assemblies. The federal government and the parliament may assume the powers of the provincial assemblies without dissolving them. This will increase conflict in the political domain because the opposition will resist this move because it centralises power and the PML-N government in Punjab will become irrelevant.

Further, the national assembly’s extension by one year will undermine the long term interest of the PPP. It will alienate more people in the additional one year because there are little, if any, chances of improvement of performance of the PPP government. The extension of the tenure of the national assembly by declaring emergency will be totally opposed by all opposition parties and they are likely seek a recourse to street agitation. The additional year option is politically hazardous for the PPP, with negative implications for the already troubled economy.

Pakistan’s current problems are structural. Even if the PPP is replaced with some other party at the federal level and in provinces, the performance of the government is not expected to improve significantly. Pakistan’s problems are so complex that no single party can address them. There is a need of developing a broadly based consensus among most political parties pertaining to the economy, trade and investment, religious extremism and terrorism. These problems cannot be addressed effectively unless all major political parties join together for that purpose. If they continue to fight, there is no end to the agony of Pakistan.

Even if the PPP is knocked out in the general elections and a new coalition of opposition takes over, the current problems will continue to haunt Pakistan. Currently, the PML-N is very critical of the PPP’s handling of the state affairs. If the PML-N comes to power then the PPP will blame the PML-N government for the same problems i.e., mismanagement, corruption and internal insecurity.

No political party has a properly “cut-out” strategy for resolving Pakistan’s problems. The major parties must tone down their partisan discourse on the economy, religious extremism and terrorism and adopt a shared approach. The current debate that combating terrorism is not “our” war and that the Taliban are angry because Pakistan supports the US in the region is a misplaced debate.

The focus should be on the fact that Pakistan is a nation state with fixed boundaries. No group or individual can be allowed to take up arms against it or kill its citizen under any pretext. Pakistan’s territory cannot be used for transnational armed movements that use violence in other countries. Therefore, the Taliban and other armed religious extremist groups are a threat to Pakistani state and society. These groups need to function within the limits of Pakistan’s constitution and law and they cannot impose their religious and political views by force. Their actions cannot be condoned because they talk of fighting Americans. How many times Pakistani Taliban and other armed religious extremists have attacked American interests or military personnel?

There is no substitute to holding general election by the summer of 2013. It may not produce a strong and task-oriented government. What is the guarantee that the so-called professional government will perform better and address socio-economic challenges and counter religious extremism and terrorism?

Elections offer the best possible method of accountability and the change of rulers through peaceful means. Pakistan’s political parties are in favour of holding free and fair elections. The current whispering campaign against democracy apart, the optimistic view is that the elections would be announced before the end of February 2013. Democracy may be noisy and slow but it is judged as the most suitable political system for a diversified society. – PT