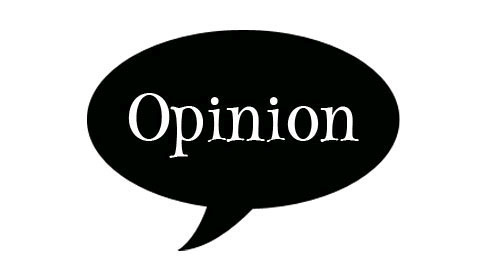 Don’t sleep, if you want to keep nightmares away. This is a sincere piece of advice from Mr Right who has not slept for seven days.

“But how can one go on without sleeping?” I asked him astonishingly. “Why don’t you see a doctor?”“I went to a doctor but he said he was also having the same problem,” Mr Right said. “He is also spending sleepless nights because whenever he tries to close his eyes he gets the same nightmare that has been tormenting me for several weeks.”“And what’s that nightmare?” I asked him.

“It’s a nightmare about a fight between giants,” Mr Right said. “They are Superman, Spiderman and Batman. Everybody of them wants clear superiority over others.”“What are you talking about?” I interrupted him. “Don’t tell me you are reading comics these days!”“These superheroes are powerful enough to turn the real world into a comic world,” Mr Right explained. “Superman is strongest and his strength is beyond measure. He can fly faster than the bullet and scuttle and scatter any structure like a house of cards. He has warned that nobody should ever try to undermine  his authority.”

“But who is challenging his authority? What made him to react so wildly?” I quizzed  Mr Right.“Well, everybody in ‘Gotham City’ knows it’s Batman, the world’s greatest detective and crime fighter who has sworn  revenge on villains,” Mr Right revealed. “He is determined to bring to book every wrong-doer—the Joker, the Scarecrow, The Penguin. You know who are they and how badly they have weakened the roots of the country.”

“But if he’s only trying to punish villains, criminals and turncoats, why is Superman so upset by his actions?”“Superman thinks Batman is trying to bridle him too,” Mr Right smiled. “And that is true to some extent. Even Spiderman is unhappy over Batman’s efforts to reduce his powers.”“He might not like his powers to be curbed, but Spiderman must be praying for Superman to stay in his Krypton,” I pointed out.“I agree,” Mr Right said. “Spiderman wants Batman to advise Superman to live in Krypton forever because that will be good both for him and for the country.”

“But Superman will never like this advice as always,” I continued.“Yes, he roared the other day that nobody has the ‘monopoly’ to decide what is right or wrong for the country, ” Mr Right pointed out.“Bravo,” I hailed his courage. “Would it be possible now for Batman to ignore this challenge?”“Not at all,” Mr Right said. “Batman reminded Superman that only he stood as the chief protector of the country’s laws and he would do everything to expose any conspiracies against the country. Spiderman must have liked his outburst against Superman.”

“I love Spiderman, who has the ability to cling to power and shoot spider-webs to catch rivals and make them his coalition partners,” I praised him.“Spiderman is shrewd enough to deal with his opponents, but unfortunately he has not been able make friends with other super heroes,” Mr Right observed.  “Although he continues to remind them that none of them could match his powers, his warnings fail to impress others.”“I am afraid the clash of the Titans in the comic world might spell a disaster for all of us,” I said. “When giants fight grass is trampled under their feet.”

“That’s why I don’t want to go to sleep and land in the midst of a horrible nightmare again,” Mr Right said. “The most terrible thing about any dream is that it comes true sometimes.”“Better we skip sleep and wake up all others around us to prepare ourselves for a better tomorrow,” I suggested.“Better tomorrow or better super heroes?” Mr Right asked. I had no answer. – Khaleejnews

No exercise? Vibrate to keep prediabetes away

No exercise? Vibrate to keep prediabetes away