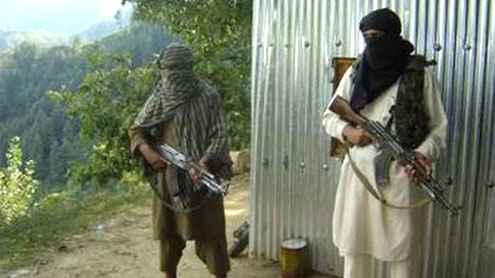 AN INCIDENT sometimes becomes a crucial moment in the life of a nation that signifies a deeper phenomenon and marks a potential turning point.

The brazen attack by the Pakistani Taleban on 14-year-old Malala Yousafzai was such an incident. It shook the country, but also united it in condemnation of the atrocity and solidarity with the principle Malala so courageously advocated. By setting an extraordinary example, she showed what the power of one can accomplish against the many seeking to impose their will at gunpoint.

The swift and unparalleled reaction to her shooting from every section of society reflected both popular outrage and the outpouring of sentiment that such violent acts can no longer be tolerated.The incident raises a number of questions about the security of the region where Malala was shot and also the larger issue of the challenge posed by militant violence to the country’s stability. Does the attack mean that Swat’s recently restored peace is at risk?

How significant is the threat from those who claimed responsibility for the assault — the Tehrik-i-Taleban Pakistan? Does the attack also point to the impact on Swat of the security situation in Dir, which borders Afghanistan and remains vulnerable to cross border movement by TTP militants? Will the anti-Taleban sentiment voiced across the country congeal into a national consensus for the government to make a decisive push against the main hub of militant networks?

First, let’s answer the question whether Swat is in danger of relapsing into the kind of lawlessness that prevailed before May 2009 when the TTP’s local chapter was able to establish its hold over the region. While the Swat TTP has shown the ability to carry out individual attacks, there is little indication that Swat or Malakand’s security is breaking down.

Since the 2009 military operation that drove out the Taleban, helped the region gradually return to normalcy and ensure the return of over two million displaced persons, the continued presence of troops and other law enforcement personnel there has kept the peace and built confidence among the people. The level of violence has been steadily declining. But two years later this is still a work in progress.

Of more than two divisions inducted for the operation, one has remained deployed in Malakand and a permanent army presence is envisaged in small garrisons spread across the region. This aims to create an environment to prevent any re-emergence of militants, and to undertake development projects and sustain public confidence.

The 2009 operation was able to clear the area of the Taleban and reestablish the state’s authority. But leaders of the TTP’s Swat chapter  managed to flee at the time and remain at large. Some found refuge in North Waziristan but most fighters and leaders fled across the Pak-Afghan border to Kunar and Nuristan, from where they have been launching periodic attacks into Dir.

This aspect of the security situation endangers the stability of Swat’s surrounding areas as the majority of militant attacks into Dir and Bajuar are said to originate from Kunar. Since 2010, when cross border attacks by militants from the Afghan side of the border first began, this has become a major source of unresolved tensions between Islamabad and Kabul. This means that factors fueling the continuing threat to this region lie beyond Swat and are contingent on solving vexing border management issues with Afghanistan.

But there is a larger, strategic question. This relates to what has become the sanctuary for a syndicate of militant and terrorist groups including the TTP in North Waziristan. A series of high profile terrorist attacks in the country’s mainland have been traced back to this tribal agency. This tribal area is now a stronghold for several groups, who usually collude with each other and with remnants of Al Qaeda to mount fierce attacks into mainland Pakistan.

The question now is whether the strong public sentiment unleashed by the attack on Malala can galvanise support for a crackdown in North Waziristan. Several military pre-requisites — including substantial troop numbers in the region and robust intelligence — seem to be in place. But it is the government’s responsibility to decide on a course of action and build the necessary political consensus in Parliament among the country’s political parties.

Whether or not such action is contemplated and pursued, one thing is clear. The militants’ greatest weapon — spreading fear and silencing critics —  has for now been blunted by the resounding public rejection of both their narrative and their tactics. – Khaleejnews