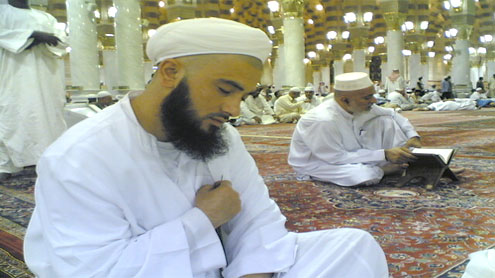 There is no escape from moral rearmament if the Muslim world is to survive and make progress.

Although most people in the Muslim world, if pressed, would not deny the validity of this proposition, it is equally true that most people would not, for one reason or the other, do anything about it. The supreme indifference towards an issue of vital importance is perhaps the basic cause of the mess in which we have landed ourselves.

All of us are concern only with our own comfort and conveniences and we have no basic abhorrence and aversion to the injustice, impropriety, dishonesty and selfishness, which constitute the foundation for the type of behaviour which gives rise to the sufferings of the common man.

The moral rearmament proposal in this article, unlike the one which was launched in the twenties and became famous after the Second World War when it had an enthusiastic revival, is anchored wholly in total belief and commitment to the three basic articles of faith which are the foundation of Islam — belief in one God, in the finality of Prophethood of Mohammad (peace be upon him) and the accountability of the Day of Judgment.

The one launched in the twenties was based on the orthodox Western liberal approach, and set out ostensibly to find the common moral denominator among various world religions. As such the commitment to it was based largely on liberal, humanistic, secular and a religious approach to the problems of the material world.

The norms and basic concepts of the MRA movement could change from decade to decade or even from year to year as a result of changes in the thinking of human beings, but the norms of the movement being proposed are totally and most securely anchored in the basic concepts of Islam, total acceptance of and commitment to which makes a person Muslim in the real sense. As such these concepts are immutable and unchanging for all times.

There can be no denying that one of the most important elements of Islamic ideology is justice. There is no need to quote any Quranic verses because anyone who claims even a nodding acquaintance with Islam knows them full well. The problem of enforcing justice in society demands for its solution total elimination of nepotism and favouritism.

It is not an easy task because what we Muslims lack today is a deep and abiding belief in God and the Day of Judgment, which is necessary to bring about a change in the inner man, and all our professions and avowals are only formal, superficial, and not even skin deep. If this is true, the obvious solution of our problem is a sustained, sincere and wide-ranging moral rearmament campaign.Of the three segments of Islamic way of life — Ibadat, Shariat and moral values — the most neglected one is moral values of honesty, justice and sincerity. The total degeneration of our moral values is the real cause of our present predicament.

It will require a very large band of dedicated crusaders with an impeccable record of personal and public life to make an impact and bring about a revival of moral values in the Muslim world. This band of honest and dedicated persons must be in a position to throw open for public examination their own record of personal and public life and show how they suffered in material terms as compared to their counterparts but did not deviate from the path of morality and honesty.

It would have been most appropriate if the Ulema (religious scholars) had taken upon themselves to organise a campaign for moral rearmament in the Muslim world. The unfortunate fact is that of the three segments of Islam, the Ulema have given the least attention to the propagation of moral values and most of their time is spent either in propounding the finer points of Ibadat or in emphasising certain aspects of Shariah, which to them appear to be all important.

That leaves us with the broad category of intellectuals in which we can place not only writers and poets but also journalists and educationists. There is no doubt that this group has from time to time made feeble attempts to propagate moral values in the Muslim world, but the efforts are much too sporadic, haphazard and disjointed to produce any worthwhile visible results. They will, however, always remain a major source of support if and when a moral rearmament movement is launched in the Muslim world.

It will essentially be a question of arousing millions of people in the Muslim world who have gone through the travails of life without besmirching their record of proper moral behaviour. The real problem would be to reach these people and make them stand up and be counted. Because of their passive attitude and low-key profile it is difficult to identify them, but once they are roused and mobilised, the selflessness and sincerity of their efforts can bring any movement to ultimate success. – Khaleejnews