Hunt For The New PM 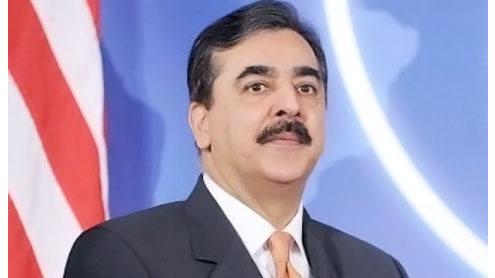 The Supreme Court on 19 June 2012 disqualified Prime Minister Yousaf Raza Gilani; it was the result of a two-and-a-half-year-long clash between judiciary and government on NRO case.

The NRO case slaughtered the prime minister-ship of Yousaf Raza Gilani. After this PPP readily accepted the decision of court and started a hunt to find a new goat to slaughter. No one protested against the Supreme Court’s order, neither the party nor the people. Political parties started a race to have the prime minister ship. The first reaction of the allied political parties was, they will support the candidate chosen by the President Zardari, and later on they changed their minds and nominated their own candidates.

Raja Pervaiz Ashraf and Qamar Zaman Kaira filed their nomination papers as PPP candidates.  JUI-F nominated Maualana Fazlur Rehman and PML-N’nominated Sardar Mehtab Ahmed Khan. In spite of the critical political situation everybody was looking for their own piece of cake.The game of PM ship was won by PPP’s Raja Pervaiz Ashraf. Finally PPP found another PM to slaughter. It will be done in case of NRO as the Supreme Court’s orders are the same for the new prime minister. Other than this, the new PM is faced waith countless tough challenges, like the energy crisis, corruption, dealing with independent judiciary, hostile opposition groups and the revival of normal relationship with the US.

The Supreme Court declared him involved in the rental power project offenses and ordered the anti corruption department to start investigation against him. The new prime minister would now be a target for the judiciary, media and the opposition because of corruption charges against him in rental power project and buying illegal property abroad.The opposition PML-N is not in a mood to cooperate with the new PM Raja Pervaiz Ashraf, they will challenge the new premier in court. The analysts opine that the PM ship of Ashraf will not last long with such to over come. They are counting the days for down fall of the new PM. – Lubna Naheed