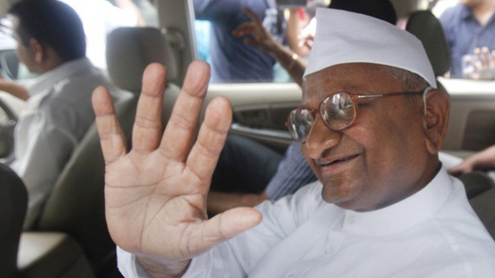 There are enough saints to fill a thick register, but few who etch an impression on the collective memory. St Augustine has left such an indelible mark that no anthology of quotations is complete without him.

One prayer, recorded for posterity in Book 3 of Confessions, bears the burden of any immortal aphorism; it is almost always misquoted, although never misrepresented.  Augustine prays to the Lord: “Give me chastity and continence — but not yet!” This could serve as the motto of any government in Delhi. Every minister wants to be chaste and honest, but only after he is out of office. When in power ministers install a taxi meter outside their cabins, clocking up a running account of payments that go into their private pockets. UPA2 has become the dark and fetid nemesis of UPA1. Scams are born fast. The initial deal is done quickly enough. It does not take long to communicate intention on both sides; brokers are efficient. If any time is lost, it is only in the haggle. The sums involved, after all, are staggering. But since both sides know that they are going to do the deal in any case, negotiations end within a reasonable time-frame. What takes time is the unravelling of the scam.

The business project has to shift from paper to ground; and then begin to deliver. Someone has to complain. The relevant police or anti-corruption agency has to be persuaded to take the complaint seriously. It then takes years for a body like CAG to put together a meticulous report that can withstand the scrutiny of those who are going to exposed: bribe-givers and bribe-takers invest a lot in legal advice and PR management to save their thin skins. And even after exposure, the revelations may not quite catch fire instantly. The massive scam in coal blocks has been known for a while; the involvement of the minister’s relatives in this loot, and the corruption of his predecessor is also hardly a secret. But the real fuse was set off when Team Anna brought Prime Minister Manmohan Singh into the line of fire.

There has been much hand-wringing by the establishment, all around the lines that the PM’s personal integrity is unimpeachable. Perhaps it is, although it says something that the qualifying term has shifted from certainty to ‘perhaps’. But the PM cannot escape one fact. He has been the senior minister in charge of coal ever since Shibu Soren resigned. If this massive loot took place under his watch, then he has to be accountable. If he signed away the nation’s resources, then he has to answer, even if others took the loot. The only response he might have, and it may even be an honest one, is that he did not read the files; but that is inadequate. It is ironic that a Prime Minister who has often claimed, publicly, that his life is an open book should preside over a government that is nothing but an unending series of closed books. No government since 1947 has had such a continuous record of corruption; a venal sin now compounded by collapse of governance. In 2009, Dr Singh had a track record he could campaign on. By 2012, this record has been so vitiated that the Congress cannot go to the people and ask for their vote. They will not give it, either.

Sonia Gandhi recognises this. Her body language at even core group meetings indicates her total frustration. She knows that the time has come to change the government; because if she does not change it, the people will, and when they do so even tatters might not be visible. The political calendar provides an opportunity. A President is due to be elected. Congress silence about its candidate has led to speculation about all sorts of hidden horses, some dark, others speckled, and even a couple which are visibly lame but still insistent that they are in the race. Sonia can do her party a world of good by promoting Dr Singh to Rashtrapati Bhavan, and then installing a radically different government. She has a natural successor in Pranab Mukherjee. While the chattering classes insist that there is a gulf of suspicion between the two, surely they have now worked together long enough to put sentiment aside. Politics is a hard place. It needs cool decisions. Mrs Gandhi does not have options, as Dr Singh’s replacement must be acceptable to allies and, more important, the people of the country. She may want to see her son Rahul Gandhi as PM, but that idea will not walk in the immediate future. Rahul Gandhi could have won his spurs in UP. He did not.  This transition to a Mukherjee can happen in mid-June. It may not, to repeat another memorable quote, this time from the Second World War leader Winston Churchill, mark the beginning of the end, but it could end the disastrous beginning of UPA2.-Khaleejtimes

Tags: Time for change in India