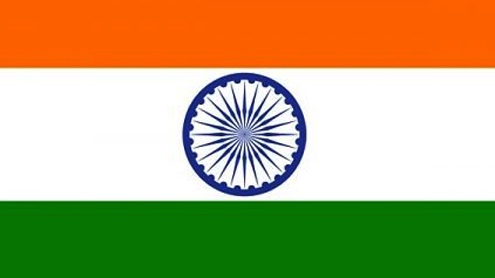 In India politics, business, mainstream cinema and other occupations where talent is subordinate to lineage are dominated by family cartels, who plant their own over the rest. The Indian elite is a system where there is a 100 per cent reservation for its own genetic material.

And the most underrated joke in the country is when this class joins the middle class in lamenting reservations for the poorest Indians from the “backward” castes in colleges and jobs.

The urban middle class, too, is a beneficiary of the generous and tenacious Indian family, which subsidises its children far longer and deeper than is generally accepted. Only a young Indian who is not supported by a family purse will appreciate the simple fact that he or she does not compete with other young people for a shot at a decent life but with whole families. The Indian is less an individual and more the mascot of his family background – much the way Rahul Gandhi is the mascot of the Gandhi dynasty.

Pakistan is very similar in this respect, and that was evident recently when its President, Asif Ali Zardari, arrived in Delhi accompanied by his son, Bilawal Bhutto Zardari.

The Indian prime minister hosted a lunch where Bilawal Zardari and Rahul Gandhi were present. Most of the Indian news media reported the lunch with photographs of the two men. Both had gone abroad to study and returned to inherit, unchallenged, powerful positions in major political parties.

Rahul Gandhi knows how ridiculous this is. He told a group of students: “My father was in politics. My grandmother and great-grandfather were in politics. So, it was easy for me to enter politics. This is a problem. I am a symptom of this problem.” Across the nation, with few exceptions, political parties are family businesses that children who have returned from foreign universities wait to inherit.

In his book “India: A Portrait,” the British writer Patrick French points out a fact that is unremarkable to Indians but startling when expressed through statistics. One hundred per cent of the elected members in the lower house of the Indian Parliament who are under the age of 30 are from families with a political background. French calls them “hereditary MP’s.” Sixty-five per cent of members in the 31-40 age group are hereditary MP’s.

In mainstream Hindi cinema, all the top actors cast in lead roles, barring one, are sons of former film stars, directors or writers. As is the case with several lead actresses and directors. Thousands of young people who flock to Mumbai to make it big have almost no chance of making it to the very top.

In late 2010, Azim Premji, one of the richest men in India, pledged about 90 billion rupees, or about $1.7 billion, to support the philanthropic projects of his trust. Such news is rare in India. It is unusual for Indian businessmen to donate to charity because such generosity is at the expense of their primary function — to materially enrich the lives of their children. They do make huge donations to temples, which is not surprising because their children will be among the direct beneficiaries of a divine blessing.

Middle-class parents guard their children with equal care. There are thousands of talented Indian students who study in foreign universities on well-deserved scholarships, but the great Indian migration to foreign universities is largely the gift of Indian parents to their children. And when the time comes for the tearful farewell, the children’s suitcases are stuffed with homemade food.

Before the Mumbai airport was renovated, there was a spot in the old international terminal that acquired a sort of notoriety because that was where the departing scholars opened their suitcases and threw away all the pickles and other things their mothers had packed.

The Indian cricket star Yuvraj Singh is more often photographed with his mother than with pretty girls. In any other country it would be unusual to see a young sports star photographed so often with his mama. Rahul Dravid, one of the most revered cricketers, once dated a top actress, but he married the girl his mother picked. The great chess player Viswanathan Anand also married a girl his parents chose.

About 15 years ago, at the very first news conference of my career, I was foolish enough to ask him why. Why would an international sporting sensation need his parents to find  him a wife? Anand, who was seated with his father, did not answer. But his father did. “It is an inappropriate question,” he said.