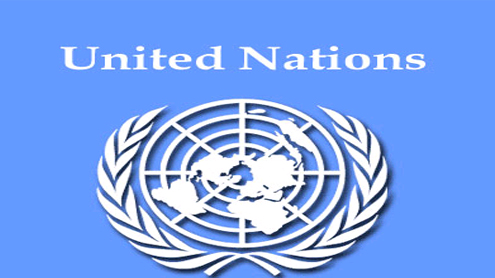 At present, there is no shortage of commentators earnestly hoping that the West will choose the wiser course in handling the deepening crisis over Iran and its nuclear programme.

Notable among them is the sometime United Nations weapons inspector, Hans Blix, who believes that for the US and/or Israel to launch a ‘preventive’ attack on Iran would be the ‘road to hell’, serving merely to inflame an already unstable region. A person of palpable goodwill and humanity, Blix argues that the best chance of securing peace lies in working for a nuclear-free Middle East.Ten years ago, Blix deployed his considerable eloquence to warn the US against invading Iraq. As head of the UN Monitoring Commission, he saw no evidence to indicate that the Iraqi dictator Saddam Hussein posed an immediate threat to the West. Yet despite making the case against war on the basis of not just moral but scientific authority, Blix was brushed aside as an irritating irrelevance by US President George W. Bush and his bellicose ally, British Prime Minister Tony Blair.

Superficially, at least, the current leadership of the US wears a very different aspect. Nobody could have imagined George W. Bush offering the hand of friendship to Iran as President Obama did at the outset of his presidency. Yet genuine though this gesture may have been, Obama is hugely hampered when it comes to reaching a meaningful accomodation with Iran. Nor is this is simply on account of the power of the US Israel lobby and the close rapport between Washington and an Israeli military establishment whose more hawkish elements hunger to extinguish the Iranian nuclear threat by military force.

What above all has undermined the potential for a US-Iranian relationship that is not dangerously combustible has been Washington’s surly unwillingness to build diplomatic bridges. Fearful like Blix of what an attack on Iran portends, the US policy analyst Trita Parsi laments Obama’s failure to capitalise on what has proved to be a one-off demarche. It is a failure, he argues, in his sombre new book, A Single Roll of the Dice: Obama’s Diplomacy with Iran, that has compounded the damage already done by America’s long-standing refusal to acknowledge any need to speak to Tehran. Throughout the era of the Cold War, Moscow and Washington never ceased to maintain diplomatic relations, strained to breaking point though they often were. What has stopped the US and Iran from dealing with one another on a pragmatic basis?

The truth is that the US never adjusted to the fact that after 1979 it no longer enjoyed the luxury of being able to treat Iran as a client state. The fall of the pro-US Shah of Iran in that year and the humiliating American hostage crisis in Tehran that ensued caused Americans to demonise Iran with the same zeal that Ayatollah Khomeini’s new Islamic Republic demonised the US. Ever since, the very idea of according Iran the respect appropriate to a fellow member of the comity of nations has been repugnant to American public opinion.Yet long before this, both the US and Britain, whose imperial role in the Middle East gave way to American dominance, behaved towards Iran with vast arrogance, operating on the assumption that its raison d’etre was simply to be at the West’s disposal. It is the malign consequences of Anglo-American skulduggery in Iran 60 years ago with which the world is still living. For the subversion of Mossadegh’s rule and cynical re-establishment of Western control ultimately led to the rise of furiously anti-Western Islamism and the entrenchment of the perception that the West’s interest in Iran was always essentially rapacious. To this day, Iranians are apt to see British meddling behind all the travails of their ancient land. Yet if Iranians are prey to anti-Western paranoia, it is for manifest historical reasons. It especially behoves British readers of de Bellaigue’s book to wonder how they would have reacted to the brutal indignities Iran endured at the hands of Britain and the United States.

Christopher de Bellaigue believes British attitudes towards Iran have long been infused with racism. It remains, it could be said, a Western reflex to view Iranians and Arabs alike much as the inhabitants of the Indian subcontinent and Africa have been viewed: as ‘lesser breeds without the law’. It is this veiled but tenacious survival of hegemonic attitudes that puts persons of goodwill like Hans Blix who uphold the virtue of dialogue at a particular disadvantage. – Khaleejtimes