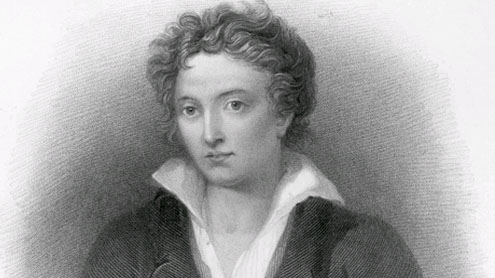 To paraphrase English poet P B Shelley – If election season comes to the US, can complaints about China be far behind?

It’s a familiar pattern in the US: The party out of power runs against the China relationship, with an administration in power playing defence, making the best of an imperfect situation. China’s presumptive next president, Xi Jinping, who begins a visit to the US this week, can take home firsthand impressions of this US dynamic.  Whichever side wins, after the inaugural, US policy remains essentially the same. Most dramatically, Ronald Reagan promised official relations with Taiwan after Jimmy Carter’s normalisation of diplomatic relations with Mainland China in 1979, and Bill Clinton proposed linking most-favoured-nation tariffs to human rights in 1992.

Once in office, both presidents concluded that the big changes they had advocated would likely do more harm than good.Mitt Romney, the likely Republican challenger to President Barack Obama, proposes a similar big shift in trade policy. Should Romney win, could this be the year a long-sparking fuse ignites? Probably not.The China relationship for US presidents is a predictable challenges. The two countries are world powers with different views of world order. Both are deeply involved in Asia’s two “frozen conflicts” in the Taiwan Strait and the Korean Peninsula in ways that in unlikely, but well-understood circumstances could bring them into confrontation. The economic relationship is gigantic and often stressful. Such characteristics have long made the relationship a focus for debate and target for

Interestingly for a Republican candidate, Romney has chosen trade and international economics rather than human rights or military affairs as the focus for his challenge. Here’s just part of his list of Chinese abuses, drawn from his campaign economic blueprint under a section headlined “Confronting China”:On many occasions Chinese companies, have simply reverse-engineered American products, with no regard for the patents and other protections of intellectual property rights that are crucial to our own economic well-being.

The Chinese government facilitates this behaviour by forcing American companies to share proprietary technology as a condition of their doing business in China. A recent study by the US Chamber of Commerce reports that international technology companies consider these practices to be ‘a blueprint for technology theft on a scale that the world has never seen before.’ China’s unfair trade practices extend to the country’s manipulation of its currency to reduce the price of its products relative to those of competing nations such as ours.

The plan does, however, include one very ambitious promise of the sort Reagan and Clinton rethought in 1981 and 1993. This is to go beyond citing China as a “currency manipulator” to impose “countervailing duties” on Chinese products should China not quickly raise the value of the yuan. Romney doesn’t say how high these duties would be, but even a modest extra 10 percent would be a whopping $40 billion – much larger than today’s entire $29 billion US tariff system – in taxation of phones, computers, clothes, shoes, and other home goods.

Further reason to be skeptical comes from the brighter side of the China relationship. China has become a big buyer as well as a big seller. Since the financial crisis, America’s main economic success story has been a $500 billion surge in exports of manufactured goods and farm products, with a $50 billion jump in sales to the consumers and businesses of China and Hong Kong a significant part.  As real estate and finance have struggled since the crisis, manufacturing and agriculture have grown, providing a lift to the economy as a whole. China’s appetite for metals, cement, rubber and energy has also had more subtle effects – by raising global prices in resource industries, it’s created a commodity boom in South America, which in turn buys all the American agriculture and mining machinery it can find.

Despite frustrations over trade issues, in practical terms, no viable campaign to avoid Chinese goods has ever caught on with American shoppers. The public seems to consider China a difficult trader, less fair than America’s other big trading partners, well worth the hawkish positions on enforcement of agreements that the Obama administration and the Romney campaign have taken up. But American shoppers also appreciate affordable goods in malls and are uneasy about new international confrontations.

Despite the difficulties of the economic relationship with China, the bedrock issues that kept US-China policy stable in earlier periods of stress remain in place today. The two countries are the world’s biggest economies and – at least potentially in the Chinese case – largest military powers. Both governments, well aware of the potential for conflict, will likely continue to view such conflict as disastrous.

Today as since the 1970s, then, US-China policy is probably operating within a relatively narrow band of choices. Changing it at the margins is constant; changing its fundamentals in security or trade has always proven more challenging than critics assume.  That was true for Reagan in 1981, Clinton in 1993, and however hot the electoral rhetoric becomes in 2012, likely true for 2013 as well.