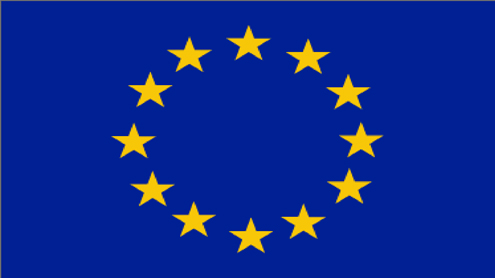 The European debt crisis is once again in the headlines as Greece approved austerity measures to satisfy creditors, prompting riots in the streets of Athens.

Earlier Italy, Spain and other beleaguered nations had rolled over some of their debt. But experience over the last two years suggests that these sovereign debt problems ebb and flow on a daily basis, and Europe’s long nightmare is far from over. The potential implosion of the eurozone remains a grave threat to the world economy.For this reason, Americans’ relative indifference to the crisis is all the more disturbing. With a huge exposure to European debt, export dependence on Europe and a reliance on corporate profits generated there, the euro crisis menaces both America’s economic recovery and President Barack Obama’s re-election hopes. Nevertheless, the US public and news media are focused on the Republican Party horserace, not paying attention to the crisis; the Obama administration offers lectures and excuses, not aid; and the US Congress opposes participation in any European bailout.

The euro crisis is, first and foremost, Europe’s responsibility to solve. The euro area is running a surplus with the rest of the world, and it has a central bank that can act as lender of last resort. But if Europe fails to act, the world will pay a heavy price.Washington’s inability and unwillingness to show more leadership on this issue, despite America’s profound stake in the outcome, speaks volumes about the decline in US self-confidence and global influence in the wake of its own economic and foreign-policy shortcomings in recent years.Outside of Europe, the United States has the most to lose if the European economy goes belly up. US exposure in Europe – through bank loans, private investment, money market loans and insurance of sovereign debt – totals $3.7 trillion; $1 trillion of that is investment by major American multinational corporations, such as Ford, Dell and Caterpillar. Overall, 57 per cent of the earnings of the overseas affiliates of such US companies come from Europe.So a European recession will hit American firms on their bottom line. Moreover, a fifth of US exports now go to Europe. Such sales fell 19 per cent from 2008 to 2009, and a repeat of that downturn would make it impossible for Obama to meet his goal of doubling US exports by 2014.More broadly, the United States has an important geopolitical interest in Europe’s recovery. A European “lost decade” would leave the continent financially strapped, introspective and self-preoccupied — a strategic liability for the United States.

Already budget belt-tightening is eroding Europe’s capacity to share the burden of paying for global public goods. Since the financial crisis began in 2008, European governments have cut military spending by an amount equivalent to the entire annual defence budget of Germany.Moreover, the euro crisis is undermining Europe’s pivotal job as a democratic, free-market role model for its immediate neighbours in Turkey, the Balkans and North Africa.Finally, Washington needs European help in dealing with Chinese state capitalism. But a weakened Europe will prove more vulnerable to Chinese pressure, rendering Brussels less  interested in standing alongside Washington in any confrontations with Beijing.With so much at stake, Americans should pay more attention to the handling of the crisis.So Americans’ lack of attention to Europe’s problems is a bit of a chicken-and-egg debate. Is lack of news coverage because of lack of public interest? Or is lack of interest a product of lack of coverage? There is no way to know for sure, but the two trends feed off each other.

On the plus side, the euro crisis is more and more a topic of elite conversation in a way it was not just six months ago in the United States. Congress held five hearings on Europe’s economic troubles in fall 2011, after holding none in the spring. US Secretary of the Treasury Timothy Geithner has made several trips to Europe to share American concerns with the Europeans. Obama talks about the crisis with German Chancellor Angela Merkel on a regular basis.The Obama administration has been more outspoken about its concern about the European economy than the US has been since the late 1970s, when Washington pressed Bonn to stimulate the German economy to help with global recovery. Unfortunately, such pressure ended badly from the German perspective. They acquiesced and got inflation for their efforts.

So it’s little wonder that US exhortations for Berlin to do more about the euro crisis have largely fallen on deaf ears. Meanwhile, Washington has little to offer in helping Europe help itself.The euro crisis highlights the fundamental dilemma facing the world economy: a leadership vacuum. The United States, once the indispensable power, is distracted, self-absorbed and relatively weakened at a time when Europe, and by extension the rest of the world, still needs the richest country to be actively engaged. There’s no prospect of Washington stepping in to rescue the day. Europeans must rescue themselves. The euro crisis is the test case for managing the world economy without Uncle Sam. – Khaleejtimes