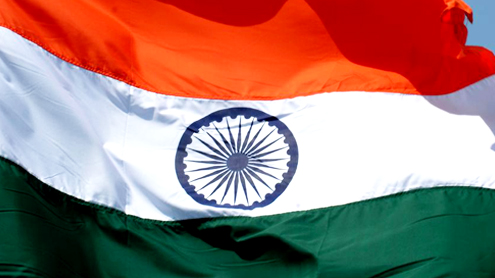 Businessman Robert Vadra – spouse of ruling UPA chairperson Sonia Gandhi’s daughter Priyanka – recently created a kerfuffle of sorts by quipping that he wouldn’t mind jumping into the electoral fray himself if the “people want him to”.

Lest it be construed that her hubby was serious about a career in politics, Priyanka jumped in with alacrity to douse the excitement over Vadra’s statement by saying he was “misquoted”. And that he was happy being an entrepreneur. However, in that brief interim, democratic purists were aghast that the Gandhis – a family teeming with politicos as well as incubating a future PM – were preparing to unleash yet another kin upon the Indian electorate.Humour part, the Vadra episode did spotlight the politics of inheritance in the world’s largest democracy. And indeed who’s to deny that the lottery of birth has become a serious determiner of political fortunes in India, a country often referred to as “a democracy of dynasties, for dynasties and by dynasties”?

The Gandhi family is the clear frontrunner in the dynastic sweepstakes. It is probably the world’s oldest democratic dynasty producing the only team of grandfather-daughter-grandson prime ministers that has ruled India for 37 of its 65 years as an independent state.However, to be fair, nepotism is well-entrenched in the other Indian political parties as well, both at the state and national level. The ubiquity of famous monikers — Karunanidhi, Maran, Sangma, Abdullah, Pawar, Patil, Pilot, Mahajan, Badal, Singh, Scindia, Deora, Reddy, Yadav — is unmistakable especially as five Indian states go to polls this month.

Even so, this near-monarchical tradition isn’t exclusive to India. It finds a resonance in other parts of the world as well. The world’s oldest democracy – the United States – has had the Adams’, Kennedys’ and the Bushs’. American scholar Stephen Hess, who wrote America’s Political Dynasties, talked of American political dynasties coming “in all sizes and flavours.” In England, Harold Macmillan’s cabinet in the 50’s had 11 of his kin.Cast a gaze across swathes of Asia Nepal, Sri Lanka, Pakistan, Philippines and Bangladesh – and you will unearth a fertile breeding ground of dynastic politics. The emergence of “republican dynasties” in authoritarian states is also an interesting offshoot of this trend. It started with North Korea in the wake of the death of President Kim Il-Sung, his son Kim Jong-Il became his successor in 1994, thereby creating the communist world’s first dynasty. Similarly, after the death of Syria’s President Hafez Al Assad, his son Bashar became his successor. In Iraq too, Saddam Hussain mentored his son, Qusai Hussain, as successor.

Be that as it may, the more pertinent question is whether the emergence of political families means a weak political system and a dearth of strong institutions? In other words, are dynasty and democracy incompatible? And what are the reasons for this enduring trend? In India, historians pin the politics of inheritance down to the fact that politics here is identity-driven. In a political culture that accords primacy to identities, political parties are equated with the identity and the will of a few powerful personalities. This, argues lawyer Anirudh Wadhwa in his essay, ‘Critical Twenties: Coming Of Age in India’, helps political families become established brands. They have a high recall value with pedigree providing legitimacy to the candidate and convenience to the voter at the time of choice.For the pro-dynasty lobby, however, Wadhwa strikes a note of caution. Voting along lines of identity, he says, “stifles innovation and emergence of new ideas and encourages divisive politics built around patronage. It prioritises identity over policy, divisiveness over governance, continuity over change and alienation over inclusion.” – Khaleejtimes